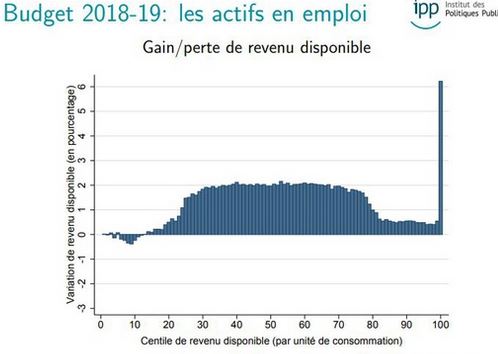 The French protest movement of the “Yellow jackets”, which has become known worldwide due to large-scale protests in late 2018, is creating its own cryptocurrency – GiletJaunceCoin (GJCO), or at least someone is trying to make it looked like it.

The slogan of a new cryptocurrency project was the call to “reclaim freedom”. According to the website, the token GJCO “easy to use and can be used for transactions between participants in the movement of the “yellow jackets” or individuals wishing to support the legal battle against the European oligarchy”.

“Providing the infrastructure needed for widespread use GJCO, we help the “yellow jackets” around the world to create a parallel economic system in the course of the struggle for economic freedom”.

These declarations seem to resonate with the thoughts expressed in the official Declaration of the movement of the “yellow jackets.”

“The decisions of our politicians, sold out to the greedy bankers, have a negative impact on quality of life and freedom of European citizens, who are increasingly worried about the future of their children and grandchildren. Existing European and global banking system, which is experiencing a collapse, since the economic crisis of 2008, close to an inglorious end. The European powers, with the European Union are forcing people to Fund this “zombie system”, trying to put the Nations on their knees. The French are known for their revolutions and courage, has initiated a global movement of social protest, which will end only when the existing social and economic institutions will be totally transformed,” — said in it.

According to this information, the coin uses a Protocol ERC-20, the creation time of a block is 15 seconds and the reward for found block is 5 GJCO. Results will be released 120 million tokens. The coin was created on 9 December. PreMain 3% (3.6 million GJCO).

However, judging by reports of miners on bitcointalk, the proposed project pools for mining have serious stability issues.