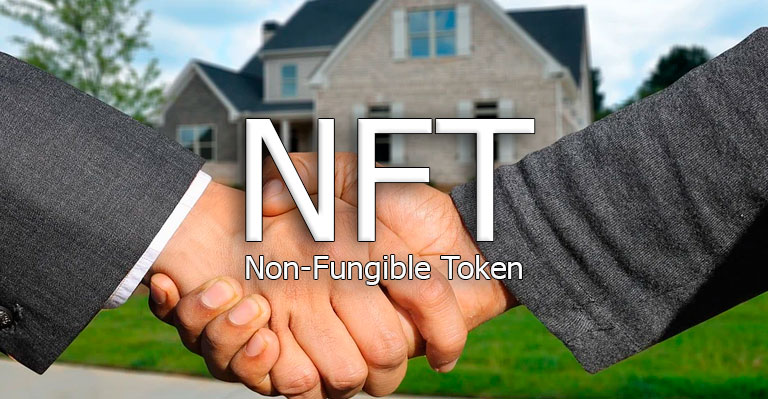 What is an NFT Token (Non-Fungible Token)?

Ethereum and smart contracts started a disrupting movement in the blockchain world. The ability to backup an entity with a secure and smart contract helped developers create some exciting products. NFT is one of those products that is causing significant changes in the industry. A non-fungible token uses smart contracts to hold information about its pegged assets. Most of them use Ethereum as the primary blockchain.

Being unique is the most important specification of an NFT. Each NFT holds identifying information in a smart contract and can’t be replaced by another token. On the other hand, fungible assets like fiat money or Bitcoin are replaceable. You can pay back your US Dollar debt with any money form – banknote, cheque, or digital transfer – for example. But non-fungible assets like unique game cards or even tickets can’t be replaced by anything else.

Non-fungible tokens have created the uniquity specification in the digital world. They save the identical information of a token in a smart contract. As a result, the digital asset you hold can’t be replaced by any other one. In simple words, the data saved in an NFT’s smart contract is like the certificate of authenticity that some valuable unique art assets have.

What makes an NFT valuable? Scarcity is the most critical specification that makes something attractive. NFT developers have the freedom to define the guidelines of creation and distribution for their nun-fungible token. They often represent a limited supply for each NFT that makes them valuable. As a result, Some of them are priced hundreds of thousands of dollars.

NFTs are indivisible. As mentioned before, they represent the identifying information of something valuable. So, you can’t trade half or a third – or any fraction – of an NFT. People sell and buy NFTs as a whole.

The first examples of non-fungible tokens emerged in 2012-2013 with the name, Colored Coins. Each of them represented a Bitcoin value and could be as small as one satoshi. Counterparty was the next project to use the NFT concept. It was launched in 2014 with multiple features for trading NFTs and even Non-fungible tokens for the ownership of memes. Spells of Genesis was one of the biggest NFT projects to launch on Counterparty. More Trading Cards and Rare Pepes were two of the other famous NFT projects on Counterparty.

As of 2017, NFT platforms were mostly running on the Bitcoin blockchain. Peperium was the first platform to use Ethereum as the fundamental blockchain and hosted Rare Pepes as one of the first NFTs. It was the beginning of an era for Ethereum to host numerous NFT projects. Cryptopunks, a set of unique characters created on that blockchain, was a successful hit on Ethereum in 2017.

With the success of multiple NFT projects on Ethereum, a new token standard for non-fungible tokens was inevitable. Ethereum developers created the ERC721 standard for NFTs. ERC721 is very similar to ERC20, but it tracks the tokens’ ownership and movements in the block.

CryptoKitties, 2017, was kind of an explosion for the NFT sector. It showcased an excellent opportunity for collectible lovers to earn money with their NFT. Since then, many NFT tokens have launched on numerous blockchain, mostly Ethereum, as a platform to collect valuable assets, digital arts, and even ownership of real-world assets. ERC1155 is the latest standard on Ethereum that supports the NFT functionality. It’s a smart contract interface that can be used for fungible tokens, too.

What is an NFT Token, and How Does it Work?

Each NFT represents the identifying information of something. It can be a digital asset like game assets or even a real-world holding like a car, real estate, and even an art piece.

As opposed to cryptocurrencies that can be traded in exchanges, NFTs have unique marketplaces. Openbazaar and LAND are some of the most popular marketplaces to buy and sell and NFT.

As mentioned before, developers use blockchain like Ethereum that have smart contract features to create and NFT. Ethereum has multiple token standards that ERC-20 is one of the most famous ones. You can’t create a non-fungible token with an ERC-20 token because of its fungible specification. ERC-721 is the token standard that NFT developers use. Some of them use ERC-1155 in Ethereum that has few differences from ERC-721.

Many other blockchain platforms support smart contracts. Some developers use NEO, EOS, and TRON to create their NFT. Each blockchain has a specific NFT standard that you have to follow when creating one.

There are some challenges in the world of NFTs. Developing decentralized applications that support NFTs is complicated and needs many security levels in action. Besides, the nature of NFT is still challenging for regular users to understand. Developers have lots of work to do to promote their products. After all, trading NFTs with the hope of significant earnings is very risky, and many NFT holders have experienced losses.

Use Cases Today and in the Future

There are many use-cases for a non-fungible token, and it has made many big brands come to this new ecosystem. They can be used for tokenizing lots of assets. Some of the potential use cases are:

Artists can protect their creation’s copyright using NFT. Art livers will buy a painting or any other creation with a secure, trustless identity token representing the uniqueness of that. Collectibles are no different, and today we can see lots of them – Cryptokitties is the most famous example – being traded in the digital world. Traditional collectibles like game cards and coins are being transferred to the digital world, too.

Blockchain games are using the specific powers of NFT to create their assets. Gamers buy and sell unique assets like weapons and skins in games, and they rely on NFT for each one to be sure that an original asset is being traded.

Many NFT projects are focusing on tokenizing real-world assets. Some experts believe the future of asset holding is in NFTs. You can tokenize your property and real estate using a non-fungible token now. Some projects focus on shared ownership of real-world properties by offering NFT solutions. People can claim their identity and certificates with NFTs, too.

What Projects Use Non-Fungible Tokens?

There are many NFT projects out there. Most of them use Ethereum as the primary blockchain, and some have successfully found a considerable user-base. Many of them have their own markets for selling and buying NFTs that have created a good opportunity for earning money, too. Some of the most famous ones are: 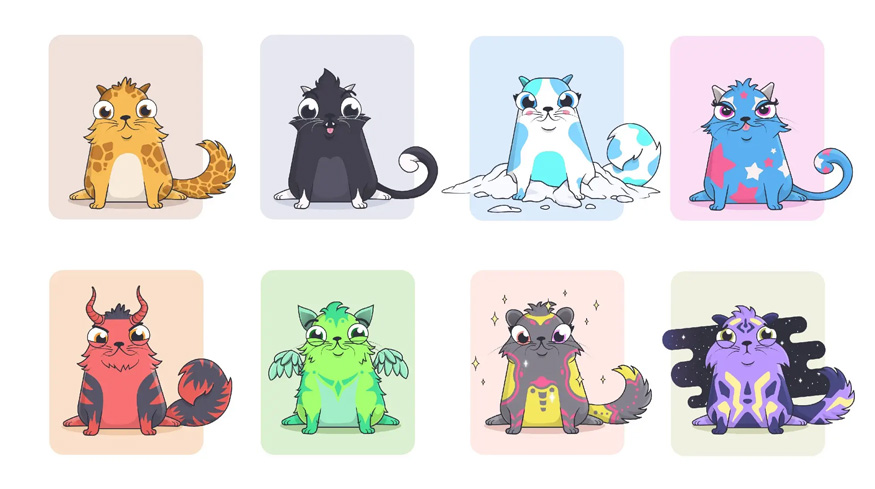 Decentraland is another game based on non-fungible tokens. It has a decentralized virtual world where you can own and exchange virtual land. There are many other in-game NFTs in Decentraland that incentivize players to invest money and exchange tokens.

Cryptopunks is considered the first NFT and has made headlines multiple times. And “Alien” Cryptopunks NFT was sold for 605 Ethereum in 2021 and recorded a considerable price for an NFT. Cryptopunks were there even before the ERC721 and CryptoKitties.

The Sandbox is another virtual world that uses NFTs as tools for exchanging in-game assets and digital value. It provides the opportunity to buy and sell numerous virtual assets in the game.

Sorare is an NFT game for football lovers. It’s a digital fantasy football game that lets players buy, sell, trade, and manage their virtual football teams with digital cards. Each digital card represents a player in Sorare and is an NFT. 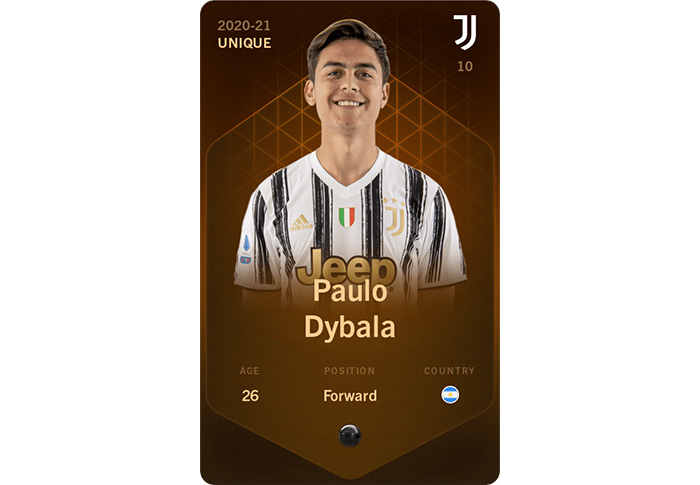 Axie Infinity provides tokens in ERC20 and ERC721 standards. Sky Mavis startup launched this project in 2018, and the game is gaining attraction since then. Axis are the game characters in Axie Infinity. You can buy and control them in the decentralized virtual world.

Non-fungible token or NTF is not a new concept in the blockchain world. These products are here to stay and aim to revolutionize many concepts of the traditional world. Real-world assets from collectibles to real estate can leverage the benefits of NFT. Developers have many opportunities to tokenize those assets and provide a more accessible solution to their assets.

If challenges like developing secure, reliable, decentralized solutions for NFTs get solved faster, we can expect more and more assets to become tradable using non-fungible tokens. Trading valuable assets will be more accessible, too. Video games will have the opportunity to benefit from the vast opportunities and attract more collectible enthusiasts to their ecosystem.

Blockchain And Digital Identity, What Applications Does It Have?