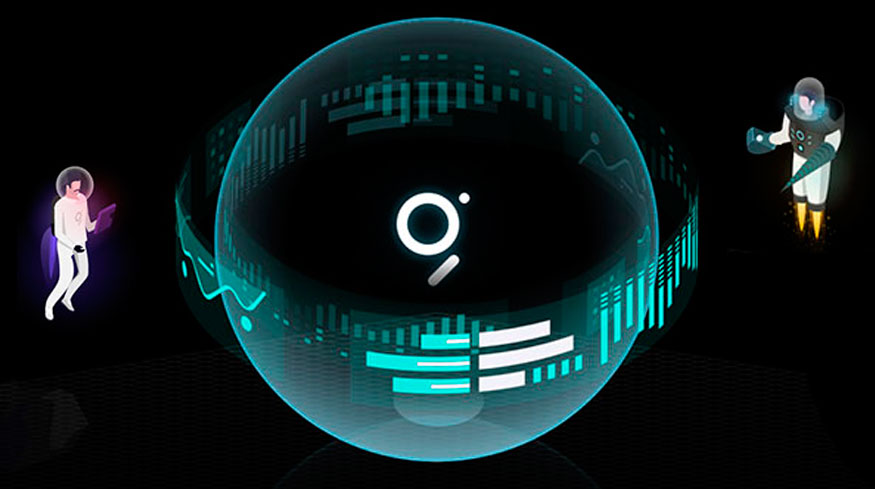 APIs are vital components of the software world. They make it possible for the software to connect and transfer data. In the decentralized world of blockchain networks, APIs act as bridges. Practical bridges help developers create useful dApps and offer better services to users. The Graph is an indexing protocol that can be useful for developers in the querying networks like Ethereum and IPFS. The protocol lets you build and publish an open API that helps others access data quickly. Each open API in the Graph is called a “subgraph.”

What is The Graph?

The team behind The Graph believes that Web3 is the fundamental platform that makes it possible to decentralize the internet on a mass scale. Protocols like The Graph can help this movement by providing useful tools for developers. The protocol focuses on blockchain networks like Ethereum and IPFS and provides service for their developers. These blockchains currently have a vast developer-base.

Decentralized applications currently have applied the decentralization system in the bottom layer of the stack. But the rest of the stack is still operated by centralized systems. The final goal of The Graph is to fully decentralize the stack by letting customers pay the network of decentralized service providers for their usage of the system.

How Does it Work?

Querying data always needed a centralized service provider. With the help of decentralized APIs and query systems like The Graph, the game will change. Every developer can run a Graph Node on their infrastructure or use a hosted service from The Graph.

The incentive system on The Graph is based on staking. There are players in the network called Indexers that stake Graph Tokens (GRT) to participate in the network. They will earn a reward for indexing subgraphs and fees. The protocol makes it possible for customers to query the diverse set of indexers by paying for their usage. The fundamental rules in this network are based on supply and demand.

GRT – The Token of The Graph

Like any other decentralized protocol, The Graph has a primary token to incentivize the users and maintain the protocol. It uses a work token model in which the Indexers stake some tokens to achieve the ability to sell their services. The GRT token has multiple use-cases in The Graph. It provides economic security by somehow forcing the Indexers to perform well in offering services. Their staked GRT will be slashed if they perform their work maliciously.

Another important effect of the GRT token is providing a Sybil resistance mechanism. The requirement for staking GRT tokens makes it possible to only have high-quality Indexers on a subgraph.

How Delegating The Graph Tokens?

Delegation is an opportunity in The Graph for those token holders who don’t wish to sell their GRT tokens. Delegators loan their GRT to Indexers. They will receive some reward for that loan as a share of the query fee and indexer rewards. 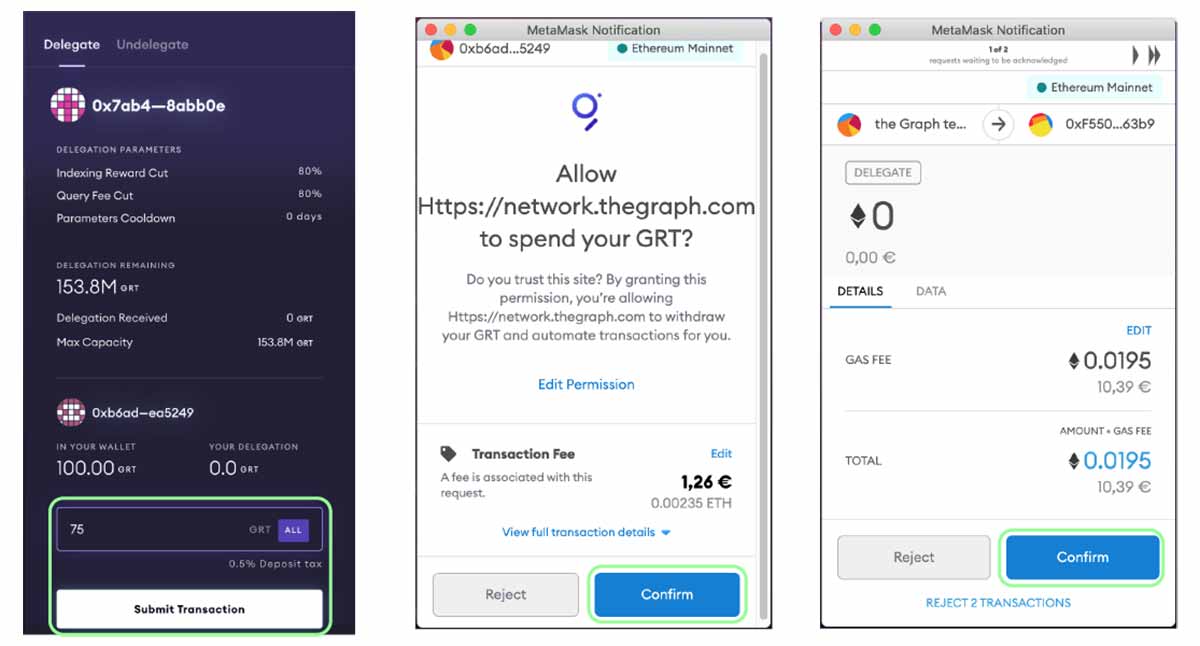 Fund your address by depositing some tokens in it. Then you can see yot token balance under the “Assets” section in Metamask wallet.

Go to the Graph Network website and click on “Connect Wallet.” Choose Metamask from the new menu. After connecting the wallet, scroll down the page to see a list of available Indexers.

You can click on the delegation icon on the right corner of the Indexer and click Delegate. The next steps include choosing the amount of GRT to delegate and sending them to the Indexer’s address. 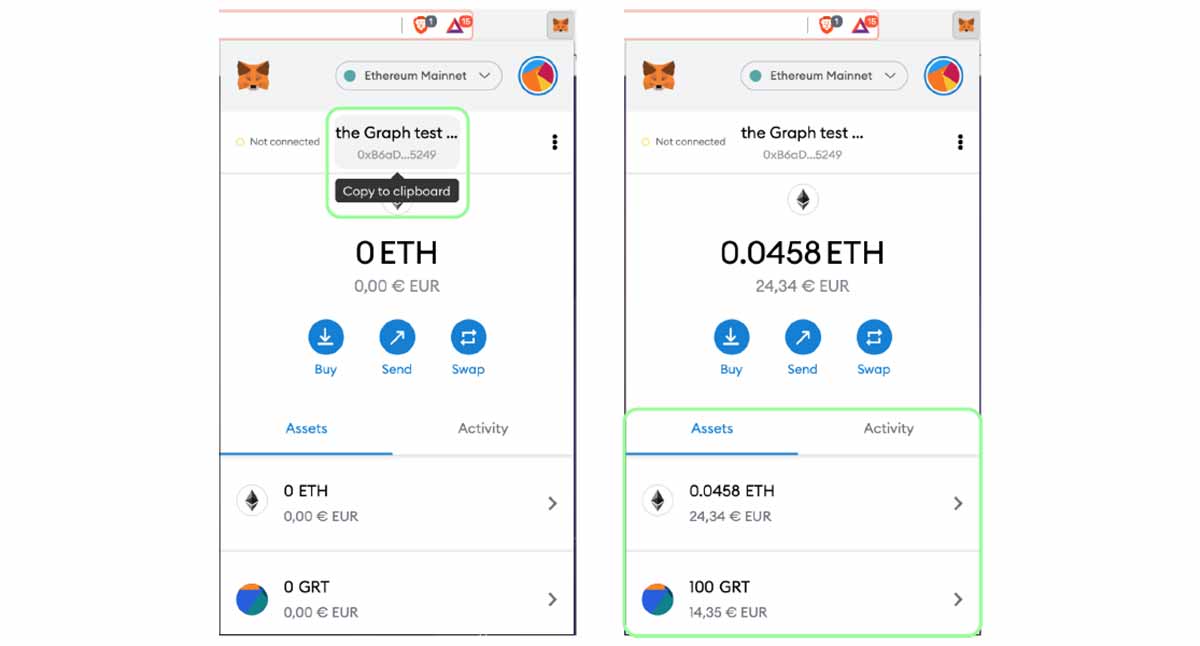 There are multiple players needed in a query protocol to work seamlessly. Each one does something that helps the protocol work and has some specific incentives.

Like every other blockchain network, The Graph needs node operators to work. They’re the fundamental layer of the decentralization process. Indexers in The Graph protocol run their nodes and are motivated by earning financial rewards.

The subgraphs in The Graph protocol have to be evaluated and ranked to help the delegators choose the best option. Curators use GRT tokens to signal valuable subgraphs. Developers and users can be Curators. Developers share their motivation by signaling a subgraph and final users signal a valuable service they use as a useful subgraph.

Delegators are somehow the investors in The Graph network. They stake their GRT tokens on behalf of indexers and earn a portion of their reward and fees. They don’t need to run a Graph Node and increase their earnings by investing in Indexers.

Consumers need access to the data that Indexers provide. They pay the Indexers for queries. End users or web services can be consumers in the network. Even a middleware that integrates with The Graph can be considered as a consumer. 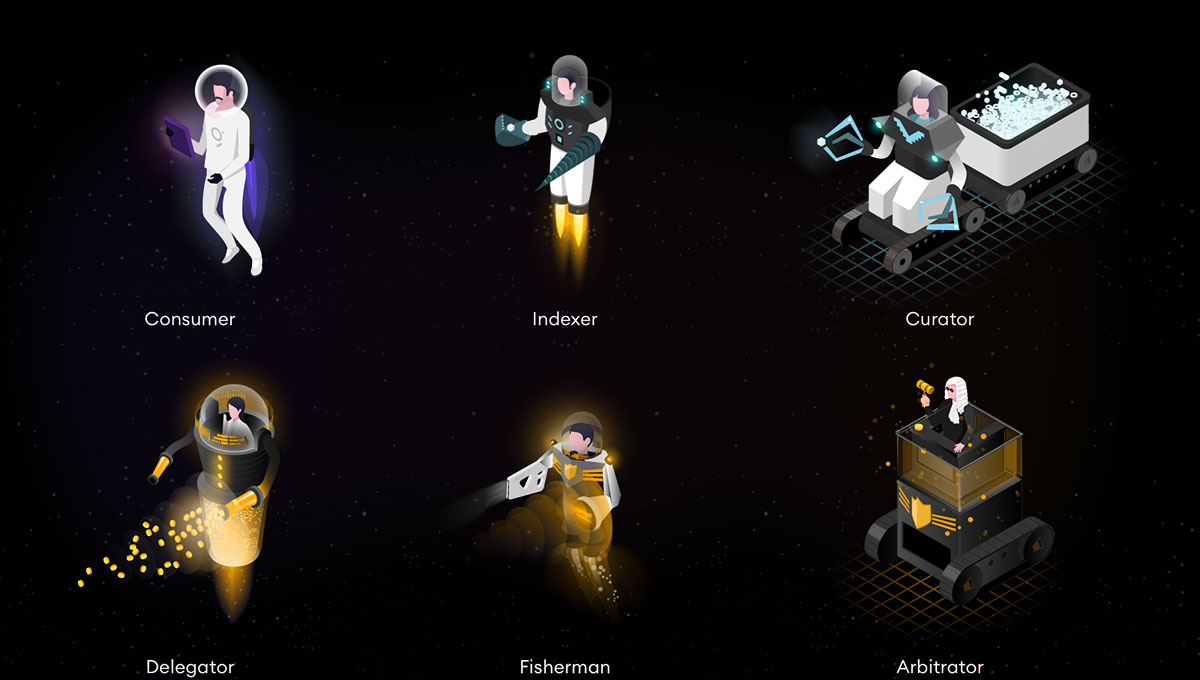 Every blockchain protocol needs a decentralized system for governing the changes and maintaining the network. The Graph has two layers called The Graph Foundation and The Graph Council that have the responsibility to govern the protocol.

The Graph community needed an independent organizational structure to support the ecosystem. All developers, curators, indexers, and consumers of The Graph need this structure to receive coordination and support. The Graph Foundation is the answer to their needs.

The Graph Council has multiple responsibilities in the governance process of The Graph network. One of the most important ones is deciding the protocol upgrades and parametrization. The council also manages The Graph Foundation.

The other important responsibility for The Graph Council is funding the ecosystem. According to the official website:

“The council will issue grants from the treasury to support The Graph’s ecosystem, including dApps building on The Graph, tooling such as state channel wallets that make The Graph more useful and research such as zero-knowledge proofs which are relevant to future protocol upgrades.”

Decentralization is the ultimate goal of the blockchain world. This concept has been achieved in some bottom layers of the network but still needs some work to become fully accessible.

Protocols like The Graph help the internet become fully decentralized by offering the fundamental use-cases in a new manner. But the protocol still needs some work to attract more developers, regular users, and companies.