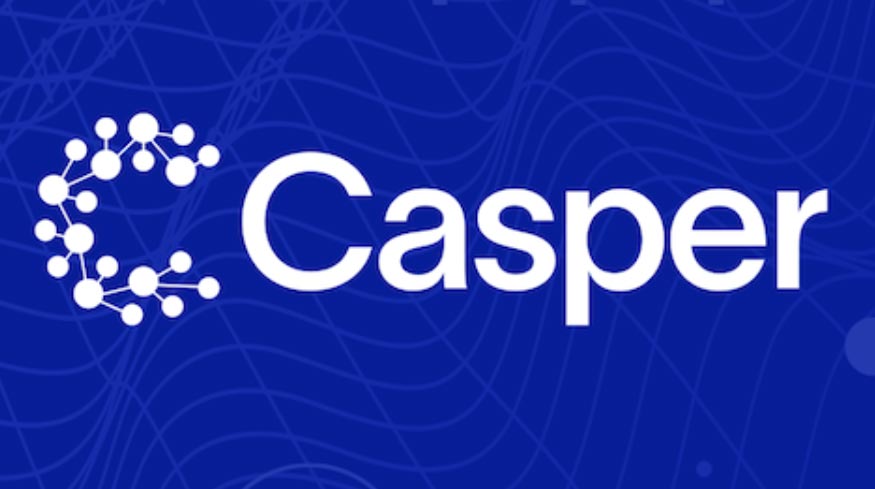 Blockchain technology has shown its ability in multiple areas in recent years. Many individuals use blockchain-based products nowadays, and the decentralized future is not a dream anymore. It has resulted in businesses and organizations considering innovative technology for their infrastructure. Many companies want to migrate to the decentralized world.

Blockchains that focus on these needs have to be robust and reliable enough to attract business executives. They should provide every essential tool needed for building a network and maintaining it correctly for a business. Casper is a business-focused blockchain that provides the tools and features for developing dApps and tokenizing almost every asset.

The features and benefits of Casper make it an ideal choice for businesses that need reliable decentralized systems. Creating markets and tokenizing assets help them find new opportunities in a decentralized mechanism. Casper tools are optimized for developers, and they can develop dApps with almost no limits. The open-source nature of Casper is another attractive feature that makes it ideal for improvements by the community.

Casper is a Proof-of-Stake (PoS) blockchain that focuses on the needs of enterprises. It’s an open-source blockchain that helps businesses make an ideal network for their needs. CasperLabs, the development team behind Casper, has made it suitable for developer adoption. The tools and features are enough and beyond for creating and distributing dApps.

The characteristics of the Casper network make it a comprehensive solution with no compromises. Unlike many blockchains that compromise some features for others, Casper is a sustainable solution for every kind of need, from enterprises to developers and consumers.

Casper is an entirely new blockchain that has been built from the ground up. In other words, it’s not a fork from any existing blockchain and is based on the original Casper CBC specification. The structure is developer-friendly to help every developer start building immediately on Casper. The blockchain supports WebAssembly that is one of the most popular programming languages among dApp developers.

The most crucial feature of Casper is its permissionless structure that has flexibility, too. In simple terms, businesses can develop private applications and permissioned ones that benefit from the security of a public blockchain.

There are many features and specifications that make Casper a reliable solution for enterprises and developers. It has built everything needed for creating dApps and distributing them. Some of the most significant characteristics are:

The fundamental layer of Casper that makes it a robust, reliable blockchain is CBC Casper. It describes the consensus protocols on the blockchain in a correct-by-construction mechanism.

CBC has all the features in proof of asynchronous Byzantine fault tolerance consensus safety. Early Ethereum developers have defined the characteristics of CBC. The fundamental layers provide the essential features for a developer-friendly blockchain. CBC makes it possible for Casper to offer upgradable contracts, predictable network fees, flexibility in privacy, and on-chain governance protocol.

As mentioned before, Casper is a PoS network. In simple terms, validators maintain the network, and for becoming a validator, you don’t need that much computing power – unlike PoW networks. The fundamental architecture makes it possible to adopt the sharding mechanism in the scaling process. Sharding is a database-scaling solution that makes Casper a completely scalable solution. In simple terms, sharding makes it possible to simultaneously processing numerous transactions in a network.

CasperLabs has implemented a unique mechanism in the PoS system of Casper. Highway Protocol is the specific implementation of PoS in Casper that has some benefits over traditional Byzantine Fault Tolerant consensus protocols. The network can reach a higher threshold for finality using Highway Protocol, and it has more flexibility than other solutions.

A blockchain that aims to solve businesses’ fundamental needs has to be ready for any change in the industry. It needs fundamental layers of scalability and upgrades to support future needs. Numerous features in Casper make it a future-proof blockchain. The ability to upgrade smart contracts is a significant one. Besides, Casper provides predictable gas fees that help businesses develop the economics of scale in their systems. The WebAssemblu language is a future-proof feature, too. It assures developers that they can rely on this blockchain for future dApps.

CasperLabs has implemented all of the essential features that help businesses create a reliable decentralized system. Three main characteristics of Casper that make it an ideal business-focused solution are:

CasperLabs started the promotion and fundraising for Casper in 2019. The round A fundraising was completed in September 2019 with $14.5 raised led by Terren Piezer. Consensus Capital, Axiom Holdings Group, Digital Strategies, and MW Partners participated in fundraising. The CasperLabs team has a considerable history in big tech companies like AWS, Adobe, Dropbox, Microsoft, and Facebook.

CSPR is the native token for the PoS network of Casper. It has many use-cases and is distributed with the financial incentives in mind for attracting validators and developers. Casper users pay the fees with CSPR. Validators and governors receive this token as a reward.

CasperLabs is the development and support team behind Casper. Consisting of numerous tech veterans and advisors, it has built a diverse group with decades of experience. Mrinal Manohar and Medha Parlikar are CEO and CTO in CasperLabs. The executive team members have significant experience in big tech companies and, more importantly, in leading blockchain projects like Ethereum.

Casper is a blockchain solution with a considerable focus on businesses. It helps companies migrate faster to decentralized solutions. The developer-friendly features and scalability are vital benefits of Casper. It can be the first choice for those who want a reliable solution for the blockchain industry’s future world.