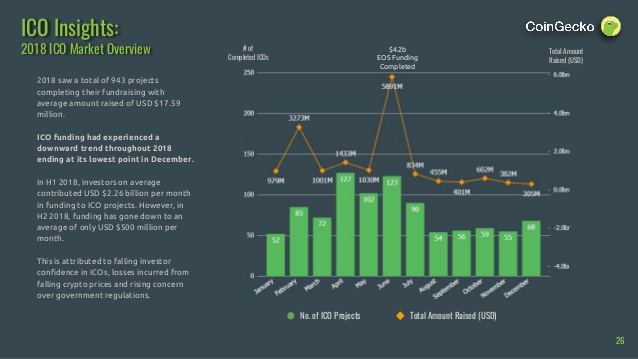 This morning, the EOS cryptocurrency rate sharply rushed up by almost 13% (by the time the material was prepared), responding to the statement of the head of the startup Dan Larimer, who announced important news about the development of the EOS project, which will be announced in June.

Dan Larimer did not voice any details about the planned event, stating only that this is due to an event that will take place in early summer in Washington. It is worth noting that the project management has not previously reported any conferences or events scheduled for this time.

In the crypto community immediately appeared several versions of the upcoming event. Some observers believe that this may be due to the rebranding of Block.one, others believe that something more ambitious will happen. The company firmly keep the intrigue and did not comment on these assumptions.

And, apparently, for good reason.

Immediately after the announcement of Larimer, the rate of the EOS token began to grow rapidly, jumping more than 12% and breaking through the $ 4 mark (the last time above $ 4 EOS was trading in February of this year)

In addition, it was previously reported that Weiss Ratings called EOS the best cryptocurrency after XRP .