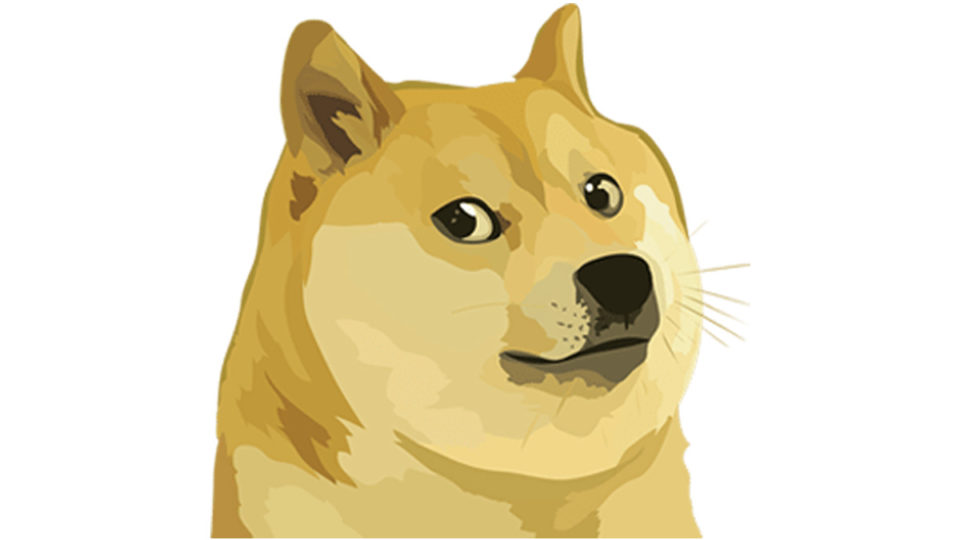 Dogecoin is a cryptocurrency that was first born from a joke. It represents one of the most famous memes on the internet. The blockchain revolution gave the opportunity to emerge many ideas. Cryptocurrencies were the most prominent and famous products of the revolution that introduced a wholly new financial concept.

Bitcoin started the movement and went on to pave the way for similar financial ideas. Ideas focused on the freedom of the economy. Decentralized payments removed the burdens of sanctions, censorship, and government limitations. Many cryptocurrencies and payment methods were introduced since 2008 that Bitcoin was born. But one of them is more funny and controversial than all others.

Dogecoin has a vast community with dedicated members that believe in cryptocurrency. They support their coin very hard. The community ran many programs and initiatives in the past years. Many famous people support the community that has resulted in more hype and attraction for Dogecoin.

What is Dogecoin (DOGE)

There are thousands of cryptocurrencies circulating in the world. Each one had a specific goal and mission that tries to solve a problem. Some of them focus on payments, and others are just governance tokens of big blockchains. But the weirdest goal for a cryptocurrency belongs to Dogecoin.

Dogecoin is a cryptocurrency that started with a joke. In fact, the founder just wanted to create a joke currency. It initially had a 100 billion supply limit, more than any other cryptocurrency in the world. But the founder decided to remove the limitation to reduce the inflation rate of the coin.

For a cryptocurrency based on jokes and memes, Dogecoin has been very successful in attracting people and participating in big projects. The community behind the coin has managed many big projects and raised funds for various initiatives using Dogecoin. The history of Dogecoin is full of examples that show a decentralized economy can do a lot.

How Does Dogecoin Work?

The blockchain behind Dogecoin is somehow similar to Bitcoin blockchain. It works on the Proof-of-Work (PoW). Dogecoin network nodes install open-source software and mine the coin.

As mentioned above, Dogecoin is based on a hard fork from Litecoin blockchain. It uses the Scrypt algorithm for cryptography. After a while, the developers in the community decided to merge the mining with Litecoin. As a result, Litecoin miners can earn Dogecoin, too. It mitigated the risks and avoided any competition from the Litecoin blockchain.

Dogecoin blockchain provides a one-minute block time with 10,000 DOGE tokens for block rewards. The no-limit policy in the blockchain resulted in more attraction for mainstream users and prevented the early-adopter from earning ridiculous incomes.

The Doge meme that emerged and got popular in 2013 was the concept that gave birth to the Dogecoin. Billy Markus developed the concept and meaning of Dogecoin as a joke cryptocurrency. He used the Doge meme concept and initiated a coin that was different from all other ones. He believed that a joke-based coin might attract more mainstream users and become a more accessible means for payments and transactions. Jackson Palmer was one of the first tech celebrities that embraced the DOGE token and expressed plans to invest in the coin.

After the launch of the Dogecoin.com website and first promotions, social media reacted to the new cryptocurrency very well. Lots of users followed the idea and embraced the coin that came to show nothing is that serious in the economic world.

The first use-cases of DOGE token were acknowledged in online forums like Reddit. Users paid each other donations in DOGE token. After a while, the community around Dogecoin expanded its activities and decided to use the token for good reasons.

The Dogecoin community is well known for non-profit activities and raising money for initiatives worldwide. The first big fundraising happened in 2014, where the DOGE community raised $30,000 worth of DOGE for the Jamaican bobsled team.

The next fundraising included $30,000 for drilling wells in Kenya and $50,000 for supporting NASCAR driver Josh Wise. These initiatives showed the capabilities of the cryptocurrency meme to facilitate payments – especially in crowdsourcing.

Hypes from celebrities in social media like TikTok have resulted in the same incidents as well. After all, some believe Dogecoin isn’t a real cryptocurrency, while others consider it a good-will coin with ambitious plans to revolutionize the payment systems. There are many traders as well who use the fluctuations in DOGE price to make a profit in the cryptocurrency market.

Is Dogecoin Worth Buying?

Investing in cryptocurrencies always involves high risks. Experts suggest newcomers invest only in well-known cryptocurrencies and study well before buying any token. The market is highly volatile and could result in big losses for early investors. Investing in Dogecoin is one of the big risks in the crypto market. The coin experiences very high volatility movements, and the fundamentals aren’t in favor of the DOGE token, too.

Many experts believe the circulation o the DOGE token has big problems. Billy Markus left the project in 2015, and it was one of the biggest reasons that showed the problems in Dogecoin. He said in the subreddit that the DOGE community had changed a lot, and he isn’t interested in the project anymore. Markus sold all of his DOGE tokens, but it didn’t affect the community around the project at all.

Still, many internet users talk about Dogecoin, and my new investors think they can earn good rewards by buying the token. But after all, experts believe that you DOGE can’t be a reliable investment for amateur holders because of its high volatility nature. The best answer to the question above is to invest in it only what you don’t care to lose.

Elon Musk has shown support and interest for Dogecoin on multiple occasions. one of the most shocking ones was a tweet from Tesla co-founder on May 8th, 2021, talking about Dogecoin. He tweeted that he may be talking about Dogecoin in an SNL show. It resulted in a price rise for DOGE, and many scrutinized Musk for pumping the coin.

Anyway, Elon Musk somehow believes in Dogecoin, and the community embraces his supports. As a result of a community voting, the Dogecoin ecosystem jokingly called Musk the Dogecoin CEO. But Musk isn’t alone, and other tech celebrities like Mark Cuban support the coin, too. He had said that he has no plans to sell his DOGE holdings in the near future. All of these headlines have resulted in FOMO for some crypto investors that aim for high earnings from the joke currency.

What is the Difference Between Bitcoin and Dogecoin?

As mentioned above, Dogecoin is based on a hard fork from Litecoin blockchain. Litecoin itself is a fork from the Bitcoin blockchain. As a result. Dogecoin has many similarities to Bitcoin. It runs on a PoW blockchain like Bitcoin, for example. It means DOGE miners can earn rewards for their participation in the network. But there are some differences, too.

Bitcoin has a limited supply of 21 million coins. But Dogecoin doesn’t have any limitation in terms of supply. The no-limit policy was designed to prevent high volatility in the token, but it gradually caused inflation.

Because of the limited supply in Bitcoin blockchain, the mining difficulty increases in that cryptocurrency, but there is no such thing in Dogecoin blockchain.

After all, experts believe Bitcoin has the capability to solve some serious financial and technological problems where DOGE can only stay as a meme cryptocurrency for easy payments.

Dogecoin was born based on an idea from an internet meme. The creator only planned to develop a cryptocurrency for solving simple payment challenges. The project started with good-will fundraising and gained interest in the internet community very fast. It has one of the most loyal communities in the crypto world.

But many experts believe it’s a high-volatility investment with very high risks. After all, the DOGE token doesn’t seem to die soon, and many new users join the community every day. Some of them are hoping to earn rewards from volatilities, and others are only looking for a simple digital payment solution.