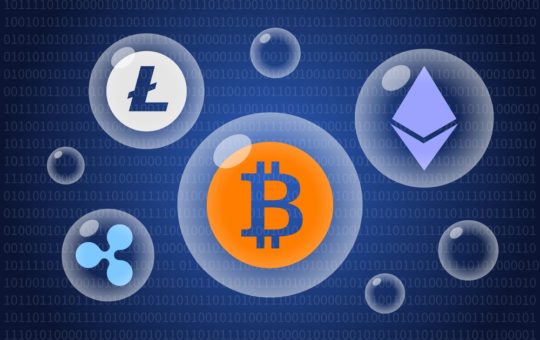 Experts and analysts from Binance shared their views on the connection between Bitcoin and another 30 altcoins. It was noted that the succession of Altcoins for Bitcoin was significantly reduced.

Bitcoin correlation with other tokens in the second quarter of this year continues to decline globally compared with the first quarter of 2019. It is too early to draw conclusions, as the decline is not so significant.

Throughout the long history of the cryptocurrency industry, it has already happened that the altcoin market is one-on-one repeating both positive and negative price spikes of the main cryptocurrency. According to reports, assets with a correlation level of 0.5 and higher are considered to be closely related, while asset trends with an index below 0.5 are considered uncorrelated.

The correlation between Bitcoin and alternative cryptocurrencies is decreasing. Image source: Binance Research

As noted in Binance, Ethereum came closest to BTC with an index of 0.81 in the second quarter of 2019, and in the previous quarter this figure reached 0.889. Similarly, the XRP-BTC correlation also dropped from 0.875 to 0.69. Litcoin, IOTA, EOS, Bitcoin Cash, Bitcoin SV and others are going through the same situation.

Perhaps the decline in correlation is associated with the growing dominance of Bitcoin on the crypto market. The leading cryptocurrency has already overtaken 63 percent of the crypto banking market. Accordingly, the influence of other cryptoactive assets on the market is gradually decreasing. In Binance, this was designated as “movement from quantitative to qualitative”, which reflects the interest of investors only in the bullish asset. The report also states the following.

It is worth noting that the statistics fully correspond to the conclusions of Gabor Gurbaks from VanEck. As the head of the cryptocompany notes, over the last year, Bitcoin left behind all the projects from the top 10 and smaller coins in terms of profitability – we are talking about cryptocurrencies from the top 100 list by capitalization.

Bitcoin is still in charge

This report from Binance informs us of a shift in the thinking of large cryptoinvestors. Most believe that the cue ball is much safer than most alternative options both inside and outside the cryptorink. At the same time, institutional investors do not look towards the Altcoins, so the situation is unlikely to change in the near future.