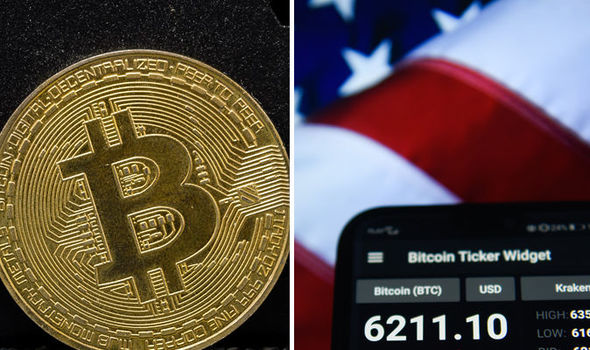 According to some experts is constantly growing U.S. national debt, which amounted to us $21,7 trillion in the coming years will trigger a new economic crisis and, as consequence, rapid growth in the popularity and value of the cryptocurrency.

With such a forecast was made by the head of the American company ShapeShift Eric Voorhees. ShapeShift is engaged in manufacturing a variety of digital assets across web and mobile platforms in 2013.

“When will there be another global financial crisis, people realize that the organizations whose debt reaches $20 trillion, never, most likely, will not be able to pay it, and so will be forced to continue to print the money supply, which would cause the collapse of Fiat,” said Voorhees.

He suggested that for the repayment of public debt, the government and the Federal reserve will be forced to print more Fiat money that will lead to inflation and reduce the purchasing power of the dollar.

Concerned about the growing debt of the USA and Larry Fink, the head of the world’s largest company asset management BlackRock. According to him, the U.S. government intends to solve the problem of the money stock, increasing the budget deficit and, starting next year, Washington will have to borrow $1 trillion a year. Inflation of the U.S. dollar, as evidenced by growing interest rates the Federal reserve has become too high to support the economy, says Fink.

In turn, one of the most authoritative experts in the world on issues of global Finance, Professor of Economics at new York University’s Nouriel Roubini, who predicted the global financial crisis of 2008, supports the forecast Fink, emphasizing that the interest rate increased to the level at which the us economy can not conform.

According to Roubini, because the American economy was not stimulated in time, it is now “overheated” and inflation is rising with unexpected speed. Therefore, the Federal reserve will continue to increase the size of the Federal funds rate from the current 2% to 3.5% at least (by 2020). Most likely, it will lead to a rise in short-term and long-term interest rates and inflation of the dollar. Thus, according to estimates by Roubini, closer to 2020 there will be a serious financial crisis.

Inflation of the dollar will push investors to other means of store of value like gold and cryptocurrencies are assets whose price does not depend on the global economy.

According to Winnie Lingham, the founder of the company and a Civic partner in Multicoin Capital, in the next ten years in cryptocore will create more wealth than over the past decade, despite some significant corrections in the market. However, he notes, “the path will not be direct; keep faith and patience.”