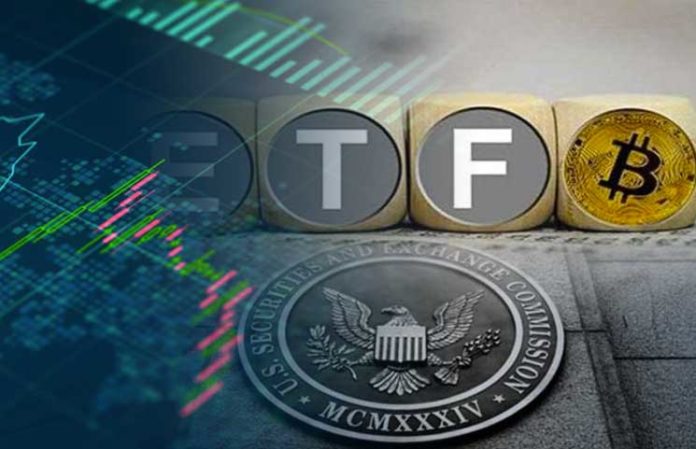 For the first time since August, the US Securities and Exchange Commission (SEC) has submitted for the consideration of a proposal the exchange Bitcoin Exchange Fund (ETF).
The Bitcoin ETF proposal now appears in the Federal Register, which officially begins a 45-day period during which the regulator must make an initial decision.

As part of this, the SEC may approve, reject or extend a proposal in order to be able to make a final decision within up to 240 days. Members of the public who are looking for answers to questions can now comment for three weeks.

As recently reviewed, the SEC published a Bitcoin ETF proposal submitted by Bitwise Asset Management to the NYSE Arca last week. In an interview with CoinDesk, Gabor Gurbach, director of digital asset strategy at VanEck, noted that he believes that Bitcoin ETF will serve the public interest.

According to him, he worked with regulators and other market participants to bring “simplicity, transparency, and professional market standards to digital assets.”

Matt Hougan, head of research at Bitwise, said in a news feed that the crypto-ecosystem is “growing very fast,” which can help the bitcoin ETF to get approval. It is noteworthy that SEC Commissioner Robert Jackson Jr. stated that he expects the financial product to be “eventually” approved.

Many cryptocurrency enthusiasts believe that Bitcoin-ETF will benefit the market by attracting institutional investors and increasing its liquidity. The SEC, however, has not yet approved the ETF and has actually rejected several applications.