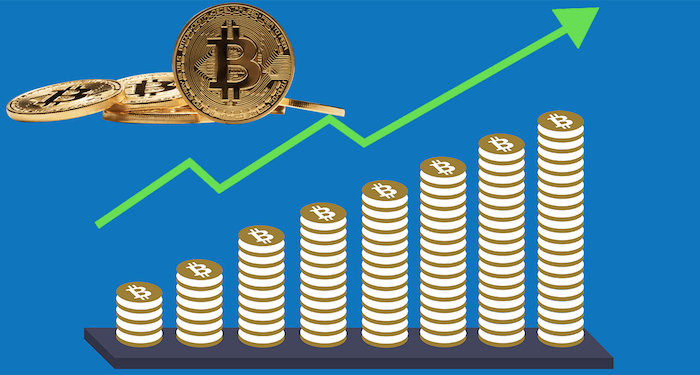 Over the past seven days, the cryptocurrency market has shown a certain stability and has shown that it does not intend to retreat from the previously reached milestones. The total capitalization grew by almost 6%, and leading industry experts increasingly began to make predictions about the imminent start of the exponential growth of Bitcoin and the entire market as a whole.

For example, the rather influential cryptocurrency trader Peter Brandt believes that at the moment the “first cryptocurrency” repeats the same movements as before the start of the rapid take-off in 2015, when its value increased more than 100 times. Weights are attributed to his opinion by the fact that, as early as January 2018, this trader, based on the analysis, predicted that Bitcoin would drop to $ 3,900. However, if Peter Brandt predicts multiple market growth, another prominent industry leader, Fundstrat Global Advisors managing director, Tom Lee, believes that the BTC fair price is at $ 14,000.

“The whole of 2018 and the beginning of 2019 were difficult for Bitcoin, but now it has gradually begun to grow. According to our analysts, this is due to a number of positive developments in the industry. A large number of old “bitcoin-whale” wallets have become active again, a slow but steady accumulation of this asset is underway, ”he said in an interview with the American television channel CNBC.

By “bitcoin whales,” Tom Lee is referring to early adherents of cryptocurrency, who have accumulated a significant amount of cryptoactive assets before the “bullish” rally of 2017, while many of them managed to get rid of the cryptocurrency at the peak of its value.

Another cryptocurrency analyst compares the current period with the year 2015, while not being afraid to call more accurate dates for the beginning of the bull rally. Josh Rager predicted that the current accumulation phase will last until mid-July 2019, after which a steady rise in the price of cryptocurrency will follow.

Kevin Warwick, CEO of the Australian payment gateway BlueShift, published data that his company's turnover reached its highest level since December 2017. Considering the fact that BlueShift is a popular platform for depositing money on cryptocurrency exchanges, this indicates that we are seeing a new influx of fiat money from retail investors, which are no less important for the market than institutional investors.

The fact that the main players in the industry are preparing for a new rise in prices is also indirectly confirmed by the active work of Coinbase. The largest US cryptocurrency exchange is developing a much more productive infrastructure. Coinbase spokesman Paul Bauershmidt told The Block that the company plans to make the transition as early as 2019, with industry sources citing more accurate dates, in particular, called June 2019, which is consistent with Josh Reuter's predictions.

“Coinbase is moving from web technology to engines with really low latency. This mega-transition will significantly change the mechanism of interaction between investors and cryptoactive assets, ”added Paul Bauerschmidt.

Over the past week, the total capitalization of the cryptocurrency market increased by 5.83%, and on Wednesday morning, April 10, 2019, was $ 181.6 billion compared to $ 171.6 billion at the end of the previous seven-day period.