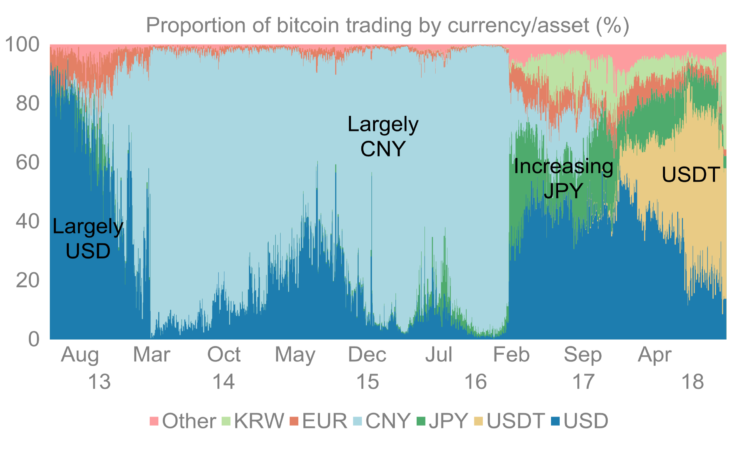 Even in the morning of Thursday, bitcoin was trading around $3 826, below resistance near $3 900, where he retreated after yesterday’s rally, after failing to break the psychological mark of $4 000, but around 9:00 the course began to grow rapidly, and by 11:40 the price of bitcoin was $4 120 (on the stock exchange Bitfinex), rose in recent days by more than 7%.

At this time Bitcoin Cash (Bitcoin ABC) rose as much as 32 percent to $150. A good result and demonstrates the SV Bitcoin, which jumped by 10% and now costs $93. Growth seen across all Aldona in the TOP 50.

Earlier, former IMF economist mark Dow has closed its short position on bitcoin, open in the middle of last December, when the cryptocurrency reached the $20 000. A year ago, the expert said that bitcoin will not be able to grow stronger and will continuously be cheaper because of its high volatility and other problems.

Now the expert said that twice already removed the profit from their position, but have now decided to close it completely. He did not specify whether this is due to the anticipation of the new growth in the value of cryptocurrency.

Mark Dow IMF added that last year’s rally was due to the fact that people believed in “fairy tales”, and the current correction is caused by with a weak understanding of the new technology by most traders.