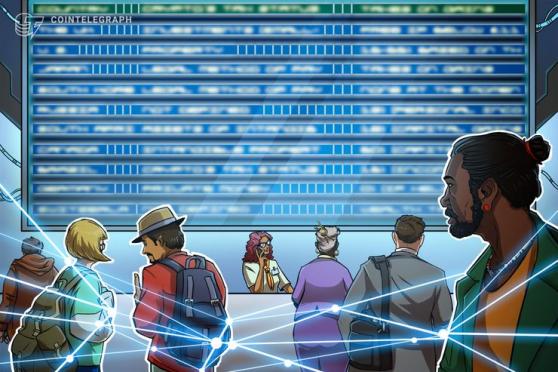 According to a representative of the US Customs and Border Protection Agency (CBP), using the blockchain for biometric tracking will be the most powerful application in the field of road safety. This news was published March 21 in the tourism industry Skift.

Sikina Hasham, CBP Program Manager, delivered a speech during a meeting at the JetBlue Technology Ventures blockchain at the Travel Summit in New York on Wednesday.

In response to a panel moderator question, David Post – Managing Director of IBM Blockchain Ventures – Hasham said that the area of significant prospects for the government's use of the blockchain is in its combination with biometrics:

“One of the areas in which we have achieved significant success is the comparison of individuals and biometric data. We have created a service that checks which of the people boarding the plane is trying to get permission to enter the United States. If we had more data to check from another government party, it would be great for us. "

Nonetheless, Hasham noted, a significant obstacle has yet to be overcome in order for the technology to gain momentum and provide the maximum useful value: the development of standardized specifications for communication between block chains of several organizations.

If governments plan to implement the blockchain, rather than outdated databases, to exchange data in key areas of security, such as border control, then reliable standards for the industry will thus become a decisive factor, according to Hasham. She also noted another problem that the government reportedly resolves, saying that:

“Our main goal is security, as well as trade and travel facilitation. Blockchain is a relatively new technology for us […] in the field of travel, we are still working to find out how technology stakeholders in the industry will help us. […] Confidentiality and decentralized information are among the tasks that we, the state organization, are obliged to protect. ”

The US Department of Homeland Security (DHS) recently reportedly turned to startups that are developing blockchain solutions that can help prevent digital fraud to meet the needs of the mission of various programs under its auspices, including CBP.

CBP has already tested a blockchain-based supply tracking system to determine how technology can improve the process of verifying certificates of origin from various free trade agreement partners.

At the same time, the blockchain's connection with biometrics is being developed in various applications, including municipal elections, protected ATMs and IoT biometric devices in the healthcare sector.