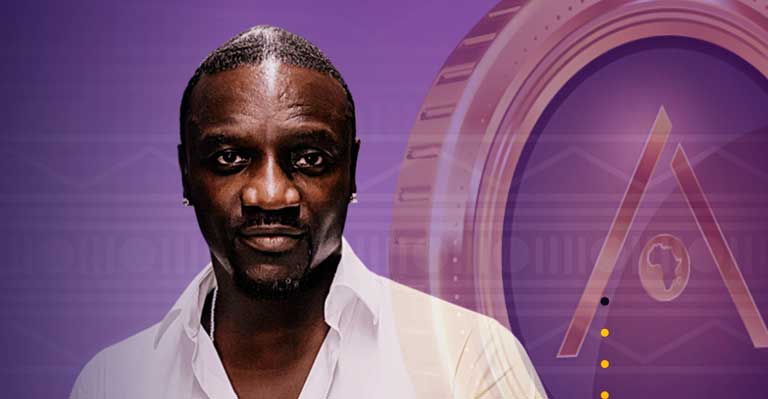 The Senegalese Superstar, Akon, is preparing to launch his Cryptocurrency on the Stellar Network.

The renowned musician and producer, who recently announced a megacity to be built in his home country is gunning for more with his creation of the Akoin Cryptocurrency. In partnership with the Stellar Blockchain Network, he seems to be getting close to his goal.

John Karas, Akoin president and co-founder, cited that they wished to start the crypto project on Stellar blockchain because both were similar in many ways.He said that both platforms also share a goal which is a vision of global inclusion. He was quoted to have said,

“Akoin selected Stellar’s distributed, hybrid blockchain due to a shared vision for creating global financial inclusion, particularly in areas such as Africa.”

Akon, who’s the co-founder and chairman of Akoin, also noted that the Akoin is important as Africa is the target market of the coin. This is due to a number challenges facing Africa as a continent.

“It’s a global platform that we’re building and Africa is our target market because as we see it now, Africa has the most challenges,” he said.

With an African country like Nigeria having about 50 million unbanked people, the Akoin is focused, as one of its main goal, on the huge number of unbanked people on the continent. This is to afford them an opportunity to using financial services even though there are no banking facilities available to them.

By using the Blockchain technology and Cryptocurrency, Akoin plans to help the largely untapped economic potential in Africa. This should help growing businesses and entrepreneurs on the continent. This should boost growth on the region and help push global entry.

The Grammy-nominated artist has long been a known voice in philanthropy. He has participated and supported a wide range of initiatives. His “Lighting Africa” initiative providing solar power solutions throughout 18 countries within Africa.

By using Stellar Anchors, users on the platform will be able to quickly exchange currencies. This will empower them to tap into the global currency and break through the restraints that come with being locked into using one specific fiat currency.