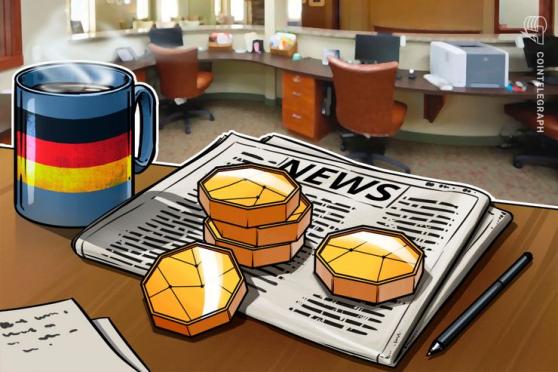 The development was announced on the public financial portal Finanzen.net, the country's largest financial online portal, on March 27, along with a detailed press release from three partners.

The new initiative will be aimed at combining investment information services and trading platforms based on the blockchain under the overhang of a single platform. To implement the project, Börse Stuttgart, which reported a turnover of an order book of 1.78 trillion euros in 2018, should become the majority shareholder of the future joint venture between the three partners.

Together, Axel Springer and Finanzen.net, the latter of whom has reportedly been cooperating with Börse Stuttgart for a long time, will control 30 percent of the new company, which will be based in Stuttgart and have an office in Berlin.

The press release mentions Axel Springer's many years of experience in creating sustainable digital business models as a key asset that a publisher can bring to a new venture.

The new trading place, the official name of which has not yet been disclosed, should begin in Germany in the summer of 2019 and, as reported, will serve both retail and institutional investors. The joint venture is awaiting approval from the responsible committees and antitrust authorities.

In a quoted statement, Alexander Höptner, chairman of the board of the exchange, said that the new platform will be aimed at providing investors with "integrated and integrated services for digital assets – from in-depth information to trading and storage."

As reported, Börse Stuttgart announced its plans to launch in May of last year a zero-fee cryptocurrency application, dubbed "Bison", which appeared in January of this year. The subsidiary Börse provides crypto-custodial services for Bison using an escrow system, and a partnership with an external banking partner supports payments in euros and provides fiat depositary services for the application.

Galaxy Digital Receives 5.25 Million US Dollars for a Blockchain Startup