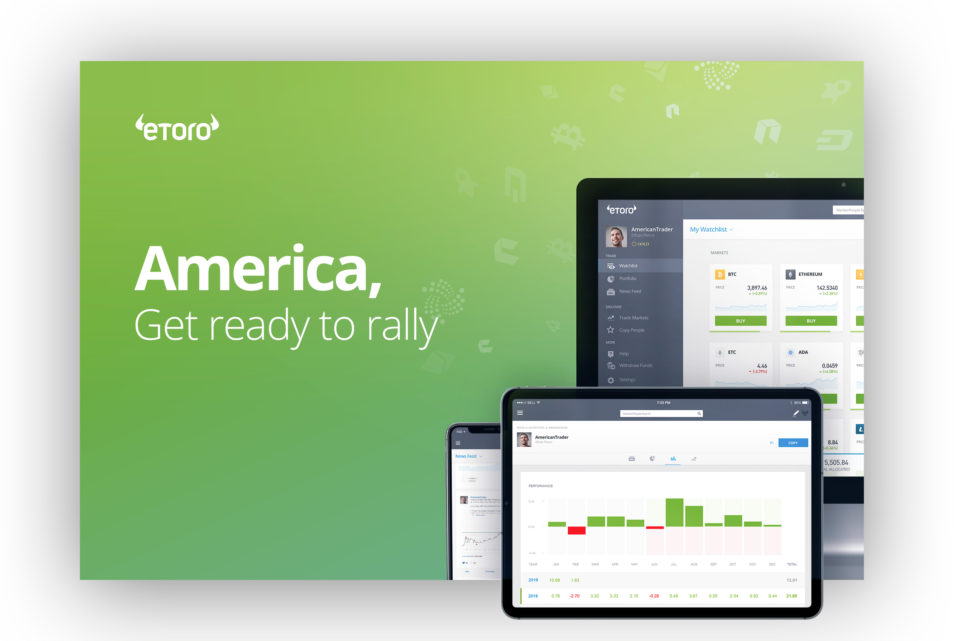 On Thursday, the firm announced that the new platform would allow US customers from 32 states to exchange 13 uncertain cryptocurrencies. Multi-asset trading is scheduled for the first quarter of next year.

The “social” model of eToro allows users to replay the rates of other traders through the CopyTrader and CopyPortfolios functions. The cryptocurrency trading platform will also offer three CopyPortfolios at launch, company representatives said, without disclosing details.

Users can “collaborate with other crypto traders when making purchases and sales,” said Yoni Assia, co-founder and CEO of eToro. They can also “adjust their trading strategies by observing and learning from others on the platform.”

The firm said that any client who has an “established” track record “may be compensated for his work, subject to risk analysis and additional assessment.”

According to the company, existing eToro users will be able to directly enter the wallet in order to store and perform operations with cryptocurrency. They will also be able to “convert different coins at the touch of a button”. Cryptocurrencies can be sent and received using a QR code using the wallet address.

This news appeared a few months after eToro announced for the first time in May its plans to launch a crypto exchanger and a mobile wallet in the USA. At the same time, the company stated that it would allow trading 10 cryptocurrencies – bitcoin, ethereum, litecoin, XRP, dash, bitcoin cash, stellar, ethereum classic, NEO, and EOS.

eToro also announced today that it will launch the eToroX crypto exchanger for a global audience later this year.