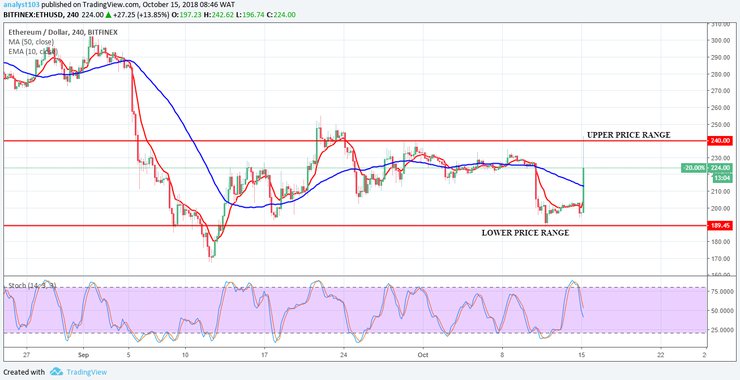 During the recent fall of bitcoin for the first time since September 2017 reached $4000, and ICO projects have sold some of their reserves ETH.

According to a report released by the blockchain analysts Diar, last week the ICO has sold more than 100 thousand ETH. At the same time, a number of ETH they were obtained in September and January last year. This is due to the fact that Ethereum is now worth slightly more than $100, while in September it was 1.5-2 times more expensive, and in January and more than $1000.

But it is worth noting that when the rate of ETH fell from $350 to $200 earlier this year, Santiment released a report which stated that the ICO projects of all time have sold more than 500 thousand tokens, Ethereum. Previously it was thought that the price of ETH was falling just for this, but apparently not.

However, the collapse of the stock market impact on trading volumes. The largest crypto currency exchange, like Binance and OKEx, record only a tenth of the January volume.

In Diar report also indicates that 75% of all token-ICO, which was released to the stock exchange this year, almost “dead”, since their trading volumes fell almost to zero. However, the ICO cashed in only 22% of all existing stocks of Ethereum.

Until the recent collapse of the stock market and the start of sales of stocks ETH, ICO has raised about $ 4.65 million ETH ($1.7 billion). However, in the third quarter of this year, the ICO raised to 80% less, than in previous. The study BitMEX also noted that the ICO did not miss the benefit because of the fall of Ethereum, but rather “sit on gold mountains”.