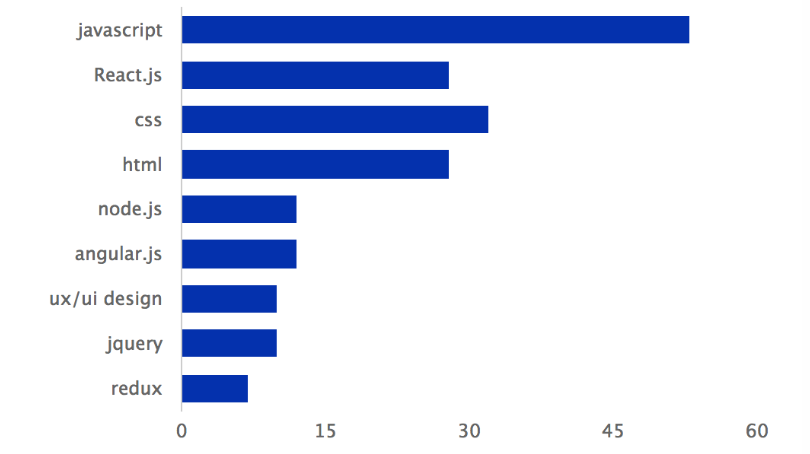 Not at all, but the blockchain is one of the most promising industries. Opportunities blockchain attracted the attention of investors, users. Apparently, but in the coming years, the demand for specialists from the cryptocurrency industry will only grow. Therefore, it is an occasion to think about who you can become in this area and not too late.

We propose to consider the most popular specialties in the blockchain industry, as well as the required skills, salary level and, most importantly, the prospects.

What about the labor market?

TechCrunch conducted a study that showed that there is now a huge shortage of engineers who are well versed in cryptocurrencies and the blockchain. In order for you to understand, there are 14 vacancies per one steep specialist, this was the year 2016. During this time, demand has increased by 3 times. Now the engineering profession is the most promising in the blockchain environment.

What structures need such engineers?

Note that in addition to experienced professionals in the industry lacks just talented and promising personnel. Many companies are ready to train a person from scratch themselves so that in the future he will become a highly qualified specialist.

What skills do you have to possess?

Before you come to work in a large company, you should have a small store of knowledge that will help you get started. You must know the following programming languages: C ++, Go, Solidity, Java, JavaScrip, and Python.

A huge plus for you will be if you have knowledge in the field of cryptographic algorithms.

Studies show that developers are increasingly looking for those professionals who have creative thinking. It is creative that can make a project fresher and better.

Such a high salary is due to the fact that there are very few good specialists, and more and more promising projects every day. After all, the market capitalization does not stand still and continues to grow.

It is worth noting that the wages of blockchain engineers depend on the region. In the US, blockchain developers earn up to $ 130,000 a year, and the average salary for this profession is $ 105,000. But in high-tech regions of the United States, such as Silicon Valley, New York or Boston, the average annual salary comes to $ 158 thousand . In Switzerland, where, thanks to the friendly approach of the regulator to a new industry, blockchain companies are growing, these figures are even higher – from $ 120,000 to $ 180,000 .

The most popular cities in the blockchain industry are: London, Singapore, Hong Kong, New York and Toronto.

What other specialties are in demand in the blockchain industry?

Ladders , Upwork and Computerworld have worked together and identified the 5 most relevant and promising specialties in the blockchain industry.

The main task of the blockchain analyst is to collect and analyze a huge pile of data. Salary per year is $ 114,520. The specialty is very promising and will suit people with a mathematical mindset.

Most blockchain companies are now gradually introducing marketing strategies to popularize their products. It turns out that if a company adds marketing processes, then experts from this field are definitely needed. Salary per year ranges from $ 68,010 to $ 91,250.

Any project on the Internet needs a web designer, without it anywhere. Almost all blockchain projects are related to web design. After all, if the site is not made intuitive, it can harm the whole project. Therefore, web designers in such projects are always needed and there is no specific salary, it all depends on the volume and continuity of cooperation.

On average, a blockchain developer receives more than $ 100,000 per year. But we note that the requirements of all campaigns are different. From the platform where the developer will work to the programming language.

Creating a blockchain project from scratch is very difficult. This is an insane amount of work that is not easy to handle. Since you need to coordinate the work of a huge number of employees and show a good result. On average, the earnings of the head of the blockchain project per year are $ 112,000.

The most difficult thing is to link the work of completely different employees. How to explain to the programmer what the designer wants. Or how to connect the analyst with the marketer and resolve their dispute over the promotion strategy.

I would like to say that the blockchain industry is now in its infancy, one can say even at dawn. We are seeing a huge demand for specialists, which means that the prospects are many. Therefore, do not be afraid and try yourself in something new. We have given you enough information so that you can make the right decision.