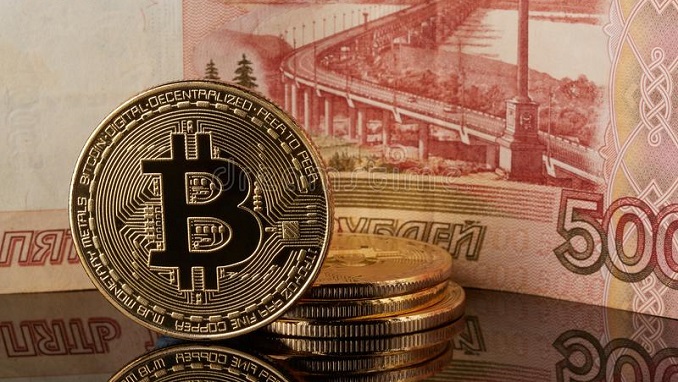 Entering and tightening Western sanctions is forcing wealthy Russians to invest in cryptocurrency so that, with its help, they can bypass the sanctions. We are talking about more than 1,800,000 BTC or $ 8.9 billion at the current rate for today. Such figures were voiced by Vladislav Ginko, a teacher at the Institute of Economics of Natural Monopolies of the Russian Academy of National Economy and Public Administration (RANEPA) under the President of the Russian Federation, on the air of the federal TV channel.

“1.8 million BTC coins were bought by some companies and bogatyr Russians. There is no direct involvement of the Russian state, but some who buy Bitcoins expect that growing US sanctions will make international transactions impossible, so they buy Bitcoins for circumventing US sanctions, ”the economist said.

Ginko also noted that among Russian Bitcoin holders there are oligarchs who are afraid of increasing sanctions pressure and invest in cryptocurrency to preserve their capital.

A Kremlin expert also believes that Russia's investment in the purchase of bitcoins will provoke a more impressive increase in the value of this asset. Russian investments in BTC will lead to a breakthrough of the coin to $ 2 million

Back in early January, Vladislav Ginko expressed a similar point of view. He notes that Bitcoin is a great way to circumvent Western financial sanctions, and Russia will use it.