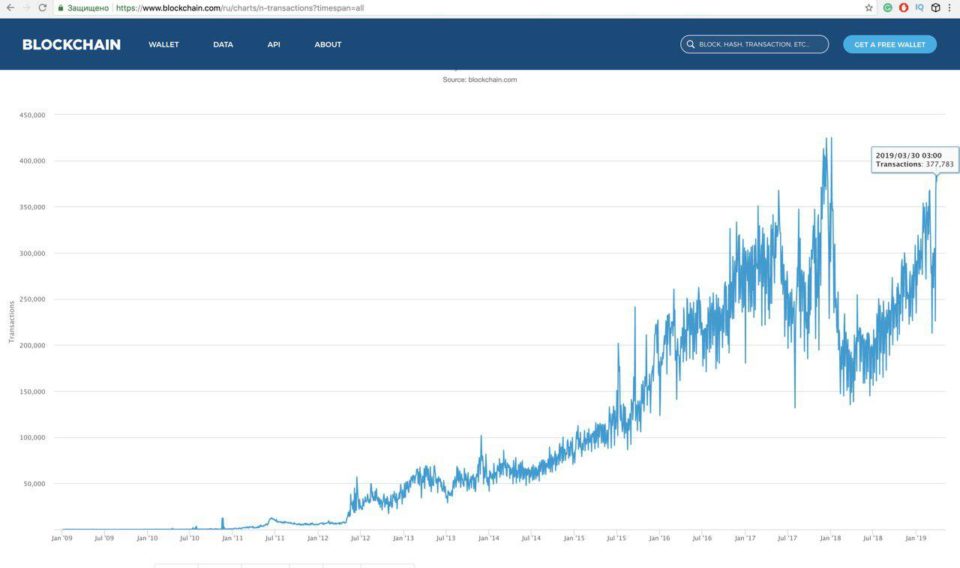 The seemingly incomprehensible world of blockchain and cryptocurrency technologies, in addition to inexplicable turns, sometimes seems to show direct patterns.

As it was reported yesterday, over the past couple of days Bitcoin has added to its value about 15% of the previous price. By causing this unprecedented frenzy for a long time, attracting new users and holders.

And while many experts are trying to deduce the reason for such an upswing, some particularly attentive people might well have noticed the following picture:

The fact is that if we visit the BTC blockchain website right now, we will be able to see the picture of the sharply increased number of transactions. What most likely is a consequence of the very rise in prices. However, this is not all.

If we compare the current chart with the past, we will clearly see that such a peak number of transactions, Bitcoin holders could see only in 2017, when Bitcoin was widely heard and conquered more and more new peaks.

It is difficult to talk about some clear patterns, but it is also impossible to ignore this situation. On the blockchain network, something is definitely happening, and maybe very soon we will be able to watch a new rally.