The cryptocurrency market is extremely volatile, as it experiences different phases of bullish and bearish patterns. There are hundreds and thousands of cryptocurrencies in the market at the moment, and there prices fluctuate constantly. We have seen a diverse trend in the crypto market this year, as many coins achieved their all-time highs, then shed almost all of their gains, and now they are forming a recovering rally. This also shows the unpredictable nature of this form of market.

There are several crypto tokens that are currently in a critical position. They are anticipating a breakout from the trend lines, however, many of them are lacking confidence and momentum. Avalanche (AVAX) is also in a similar situation, as it has been struggling to find some ground since the last month or so. However, it is hinting at a breakout and at a bullish trend in the coming weeks. But it is critically important for the coin to maintain its position above the crucial resistance level.

Rewards and giveaways are a crucial part of any cryptocurrency project, as it helps the platform to support its contributors and take them in confidence. Also, these rewards are a way of giving it back to the community for its support, and it proves the credibility and dedication of the crypto project. Similarly, the Avalanche Foundation has announced that around $3 million AVAX would be distributed to all Stake DAO Avalanche Strategies from the Avalanche Rush Program.

This is a big news for the cryptocurrency, as it is currently struggling to gain some composure in the market. The allocation is somehow similar to the liquidity mining incentive programs of other crypto projects. However, the announcement is perceived as a major positive development by the stakers of the community.

The announcement further said that, ‘Avalanche Rush is a flagship incentive program launched to scale DeFi and create a more accessible, decentralized, and cost-effective ecosystem through the allocation of AVAX to a select number of established and emerging DeFi protocols.’

This latest development can drive a positive bullish trend in the market, as the adoption of the token will also increase in the market. Experts believe that this is another step of AVAX that proves its commitment to its fundamentals and that is a good sign for the project. However, the coin is currently hovering around the $57 mark, and it can breakout in the coming days to cross $65 or even $70. 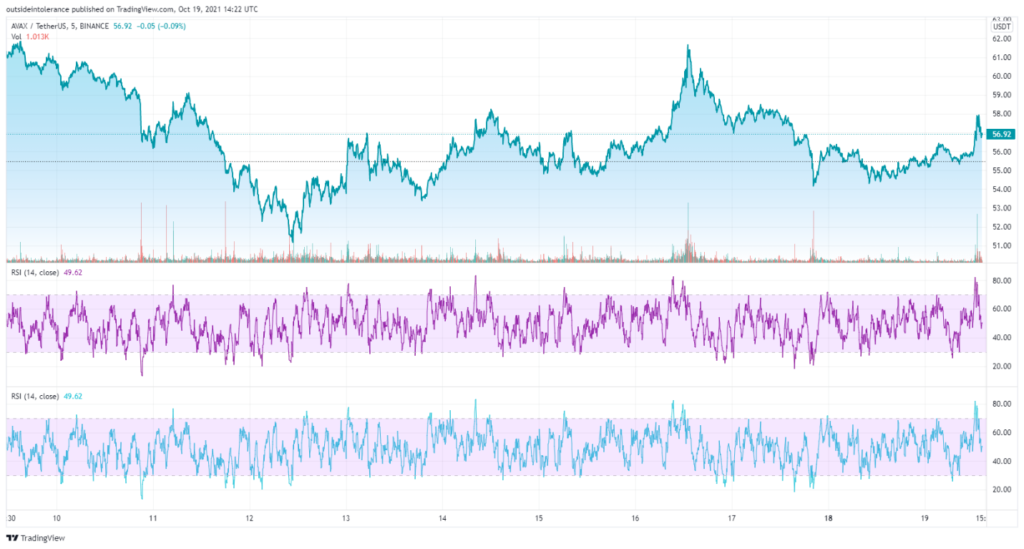