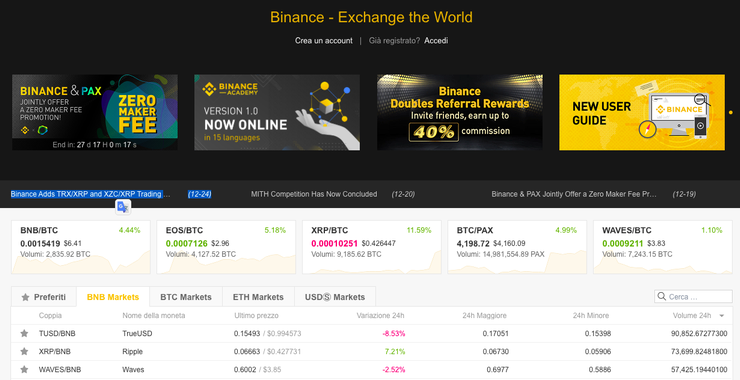 CEO Binance Chanpen Zhao said that XRP will become the base currency for cryptocurrency platform.

The base currency represents an asset which is traded against the quote currency. In such pairs, the rate is determined by the amount of the quoted currency per unit of base. Now on the platform Binance underlying currencies are USDT, BTC, ETH and BNB. Against each other supported altcoins are traded.

Zhao refused to say which coins will be traded in a pair of XRP, and when the changes will take effect.