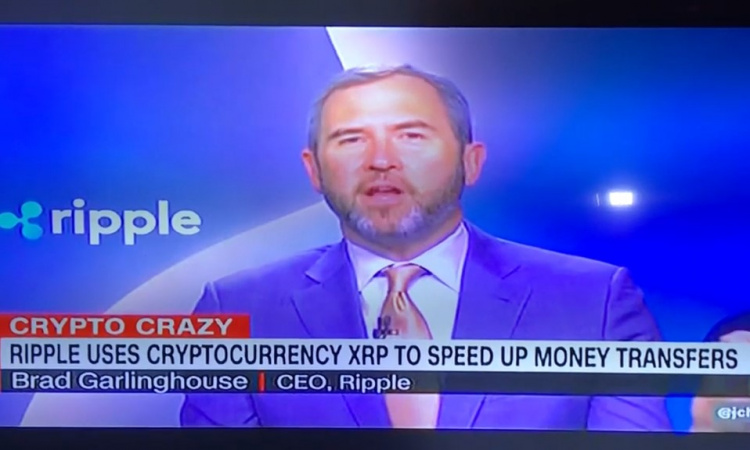 In an interview with CNN, Ripple CEO Brad Garlinghouse rejected allegations that his company was deliberately manipulating the price of XRP.

Interview with Garlinghouse was hosted by CNN host Julia Chatterly, who emphasized that they are considering ways to use cryptocurrency for good or with malicious intentions.

She asked about community threats to seize control of the network through a hard fork if Ripple executives continued to throw huge amounts of coins into the market. Garlinghouse replied: “In the XRP community, Ripple is the largest coin holder and we are more than anyone else interested in the success of the XRP ecosystem.”

Garlinghouse added that throwing XRP into markets is not in their interest.

“We are interested in a healthy, successful XRP ecosystem and we would never do that,” he said.

When asked if Ripple can control the price of XRP, the CEO answered with a standard phrase:

Garlinghouse went on to explain what Ripple is and how the system works. Separately, he noted that users will continue to speculate with different classes of assets, but the long-term value of any digital asset will come from the option to use it, and XRP is about 1000 times faster than a bitcoin transaction and 1000 times cheaper.

“I have been holding bitcoin for a long time and consider it digital gold. But if, on average, it takes 12 minutes to confirm a BTC transaction, and its cost exceeds $ 1, then this is not the best payment solution. We believe that XRP has unique capabilities to solve this payment problem, ”he said.

In Russia, they want to plant for the concealment of cryptocurrencies