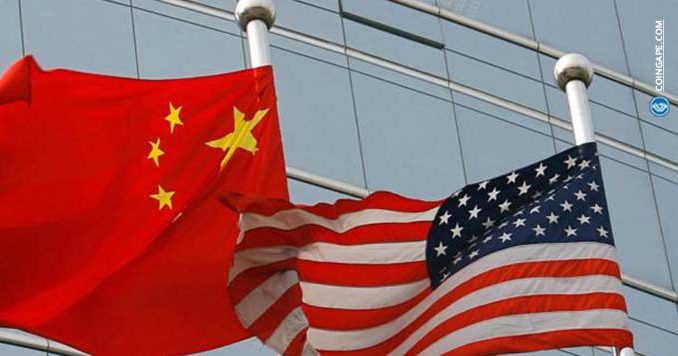 China and the United States are the superpowers of the 21st century, and their respective innovations in the blockchain put both countries on the first place in the technological list of leaders. As the two countries clash in a widely advertised trade war, many people are also looking for which country will win the battle for the blockchain.

Offers vacancies on the blockchain

One way to compare industries is to study the jobs offered in each country using the blockchain. Right now, it seems that the United States prevailed. According to data compiled by The Next Web, almost half of the related vacancies on the Glassdoor recruitment site worldwide are based in the United States and then in the United Kingdom and India.

Given the warning that Glassdoor is an American company, despite the placement of international vacancies, only 42 vacancies were announced in China, compared with 2616 in the United States.

It is noteworthy that the top three employers are IBM with 110 open vacancies, followed by Ernst & Young, Oracle and Deloit – all well-known corporate giants in the technology world.

However, China can surpass itself – this is the commitment of his government to the development of technology and open support by President Xi Jinping for the blockchain, calling it a “breakthrough” technology. After his positive comments, the state-controlled CCTV media station conducted a one-hour special explanation explaining that "the value of the blockchain is 10 times higher than on the Internet."

The People’s Bank of China, the country's central bank, conducted advanced tests of the blockchain in the field of finance, and experts are unanimous that when it comes to basic technological developments, China is ahead of the United States.

The rapid industrialization and development of China as a nation, since the 1980s show how powerful the government's commitment was, and also did not demonstrate the benefits of having a heterogeneous authoritarian leadership, no matter how controversial this concept may be.

None of the countries have a so-called cryptocurrency policy, but the Chinese government has taken a much tougher stance.

In the US, many states are also making regulatory efforts to embrace cryptocurrency instruments, but cryptocurrency trading remains legal, as is the conduct of the original coin offers, unlike in China.

While the cryptocurrency accounts for only the percentage of blockchain use cases, the inability of startups to explore tokens and digital currency without fear of government intervention discards China from the point of view of what blockchain development teams can do. In mid-April last year, the Shanghai police went so far as to stop an event for cryptocurrency entrepreneurs.

There is no clear leader in the blockchain race in its current form, but many experts are still focused on China's robust development policy and the quality of innovation, despite the fact that the United States prevailed in cryptocurrency.