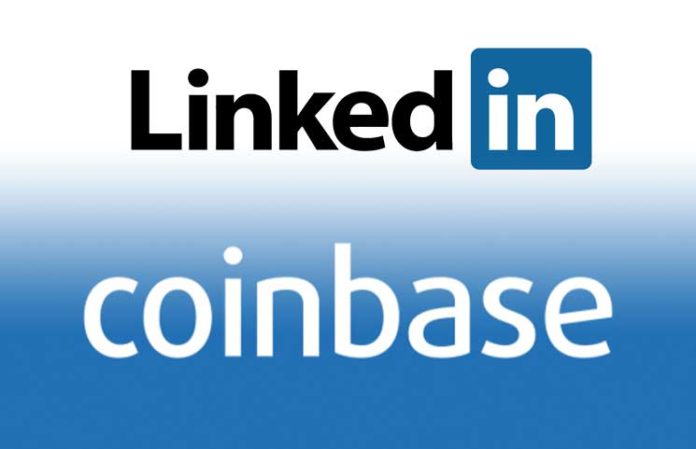 The network platform for professionals published the list on Wednesday, taking the Coinbase rating at number 35, 9 places ahead of JPMorgan at number 44. No other cryptocurrency or blockchain company was included in this list.

In the recent past, Coinbase predominantly hired design, IT, and human resources staff, and currently employs about 600 people in the US, the report says. Employees of the exchange can choose partial or full payment in bitcoins, and about 40 percent deduct some of their salaries for cryptocurrency.

Earlier it was reported that the exchange offers privileges that exceed industry standards, in order to retain staff. The firm offers employees up to $ 5,000 per year for procedures such as freezing eggs. The benefit, which allows women to focus on their careers for some time and conceive children later, is provided in addition to the Coinbase health insurance options.

According to LinkedIn, JPMorgan, on the other hand, has focused its recent cadres in finance, engineering, and business development. He also “aggressively” prepared for the next generation of banking services with investments of $ 10.8 billion a year to finance a team of 50,000 technologists, which is “more than Twitter and Facebook combined,” the report says.

Earlier in February, the bank, in particular, introduced its own stable coin token called JPM Coin, which is “the world's first cryptocurrency created by the US bank,” LinkedIn was added.

Alphabet, the parent company of Google and YouTube, is on LinkedIn's list of preferred employers, followed by Facebook and Amazon at number two and three, respectively.

LinkedIn said it assesses the popularity of US firms, analyzing their effectiveness in four categories: interest in the company, interaction with employees, demand for work and retention of employees.

At the end of last year, LinkedIn also published a report on new jobs, noting that the role of the developer of the blockchain increased dramatically after interest grew 33 times in just one year.