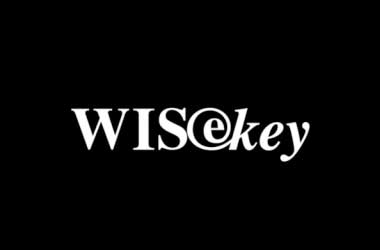 Swiss blockchain and cybersecurity company WISeKey has released a new blockchain-based digital identification solution for protecting the Internet of Things (IoT) devices and their data. This news was announced in the March 29 WISeKey press release.

WISeKey focuses on secure authentication and identification solutions for people and intelligent objects, implementing a cryptocurrency tool called Root of Trust (RoT). WISeKey IoT claims that it has an installation base of more than 1.5 billion protected microchips “in almost all IoT sectors” – from connected carts and smart cities to drones and crypto tokens. RoT, according to a press release, is currently built into 4 billion devices worldwide.

The new solution, called SensorsID, will be released as part of WISeKey RoT and will serve as a so-called reliable digital identification solution that combines the blockchain platform with measures of two-factor authentication for better protection of smart device identifications and their data transactions.

The press release states that the SensorsID BlockChain block can work at the local and national levels between trusted parties.

WISeKey proposes that a combination of blockchain, IoT and reliable security solutions can increase productivity in various industrial and consumer applications, for example:

“A smart car with an authenticated data processing system for each of the components of the vehicle, capable of detecting if / when various parts need service, and digitally signing all the logs needed to confirm that the service has been provided. This platform can be used in […] smart homes with connected appliances and to provide critical communication between devices. "

WISeKey further outlines how its range of solutions and digital identification chips is designed to provide secure storage, cryptographic calculations and digital signatures to perform confidential calculations, as well as to prevent data leakage, such as power consumption or electromagnetic emissions, from the side.

As recently reported, WISeKey opened the Blockchain Advanced Technology Center in Geneva in February of this year as part of a new partnership with the Blockchain Research Institute. The latter plans to open similar centers – each of which was aimed at helping blockchain startups to accelerate the introduction of technology in the public and private sectors – on five continents.

WISekey also recently announced the opening of its Global Blockchain Center in Malaysia as part of a partnership with a subsidiary of the Malaysian technology investment holding Censof.