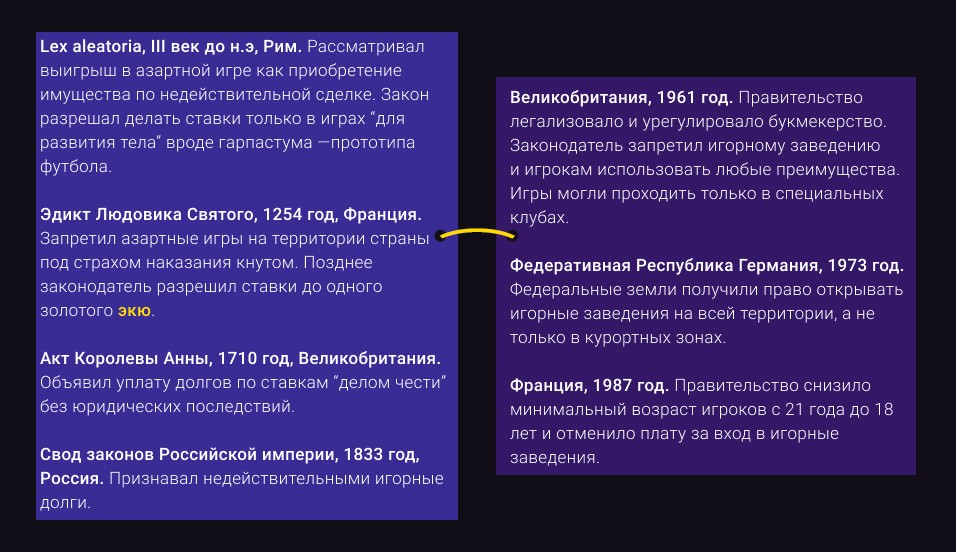 Sports betting – the most popular form of gambling. It occupies 40% of the gambling market . According to the portal Statista, every second resident of the United States over the age of 18 at least once made bets on sports.

In this special project we consider the history of bookmaking and its evolution over the centuries: from personal disputes of the ancient Romans to the pool of betting on the blockchain.

The project sponsor is the BetMatch platform, an online bookmaker with its own token, an open betting pool and automatic payment of winnings through smart contracts.

People make bets between themselves from ancient times. In ancient Greece, viewers made bets on the outcome of the Olympic Games, in ancient Rome – on the victory of gladiators and sons. Bookmakers then was not: the audience made a bet directly.

Bookmaker originated in the UK after two millennia. In 1790, William Ogden began taking bets on horse racing. He pre-determined the ratio between the size of the bet and the gain for each horse. In 1850, Leviathan Lavis and Fred Swindell opened the first bookmaker office. Its founders made sports forecasts and distributed leaflets with odds of winning in London.

For centuries, laws have banned or restricted bets, betting, and gambling. Governments took them very seriously.

Until the middle of the 20th century, bookmaking remained illegal in Europe and the USA. Bookmakers survived due to corruption or loopholes in the legislation. Their clients were deprived of legal protection and could only rely on the bookmaker’s honesty.

The betting industry boom occurred in the 1990s, when bookmakers began accepting bets on the Internet. By 2001, the online sports betting market volume exceeded $ 2 billion, and the number of players reached 8 million.

The capitalization of the bookmaker market is unknown because of the large number of illegal firms. According to Zion Market Research , the global betting market in 2017 is $ 104 billion. Of these, $ 45.8 billion comes from online betting. 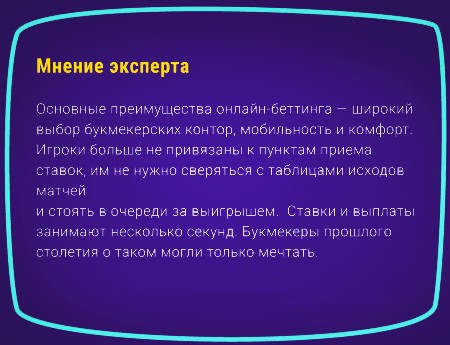 Despite the legalization of betting, online bookmakers prefer to register in offshore jurisdictions. Obtaining a license in Curaçao or Antigua and Barbuda is cheaper than in the USA, Russia and the EU. Due to lower registration costs and a favorable tax climate, offshore bookmakers can offer players bonuses and high odds. 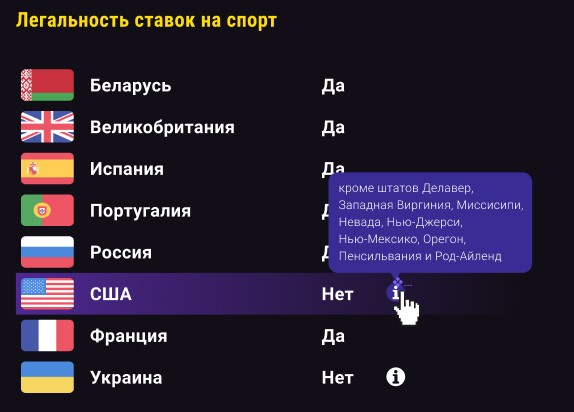 In recent years, online bookmakers like Pinnacle, 1xBet, Rivalo, BetEast and Sportbet have started working with cryptocurrencies. Nevertheless, it is impossible to talk about the blockchain's mass integration into the work of online bookmakers. Bookmakers use cryptocurrency as a means of payment and do not implement decentralized technology on platforms. 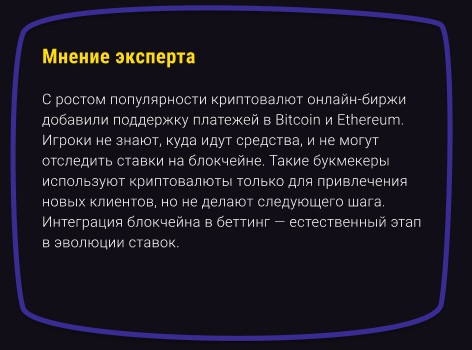 Going online has not made the work of bookmakers more transparent. Players complain that bookmakers refuse to pay winnings. Bookmakers, in turn, refer to the malfunction of the program or suspicious activity in the player's account. All this determines the need for more transparent models of betting.

According to experts, the blockchain and tokenization of betting are the future of the industry. This is attributed both to the growing popularity of cryptocurrency and to the problems of traditional online bookmakers.

Integration of the blockchain into betting platforms will eliminate delays or refusals to pay customers. Smart contracts will automatically transfer winnings to winners accounts.

Sports betting has come a long way from betting between residents of ancient Rome to online e-sports bets. At the same time, the main problems of the industry have not changed.

Players want payment guarantees, bookmakers want to work with a large number of users and make a profit. Blockchain takes into account the interests of both parties. Augmented reality technology makes bets easier, and e-sports creates a new area of interest for players.

You can bet money on the fact that betting will become more technological.