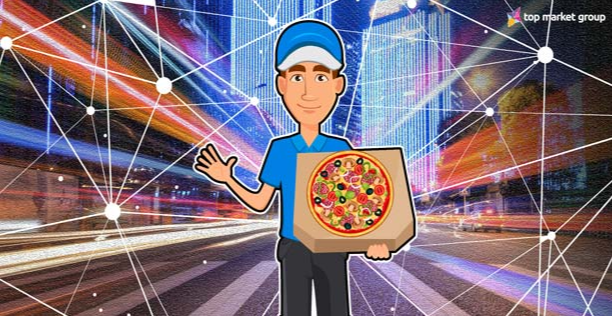 The Singapore and Malaysian division of Domino's Pizza has entered into a partnership agreement with SingularityNET to expand its customer base using blockchain-based artificial intelligence, according to a press release distributed by the Cointelegraph on May 1.

As part of the new partnership, SingularityNET experts will use AI algorithms and solutions in Domino operations to promote expansion and growth in supply chains and logistics in Malaysia and Singapore, according to a press release.

In particular, the new functions of artificial intelligence are planned to be used through the SingularityNET Beta platform, a decentralized platform based on the Ethereum blockchain (ETH), launched in February 2019.

According to a press release, Domino's Pizza Malaysia & Singapore has more than 260 stores with a total staff of more than 4,000 people. As Cointelegraph previously reported, consumers can pay for Domino pizza using Bitcoins (BTC) as payment through services such as PizzaForCoins.

In addition, SingularityNET has entered into another partnership with agricultural startup Hara to use the blockchain to provide farmers in Indonesia with data such as grain prices, soil quality, and land ownership information.