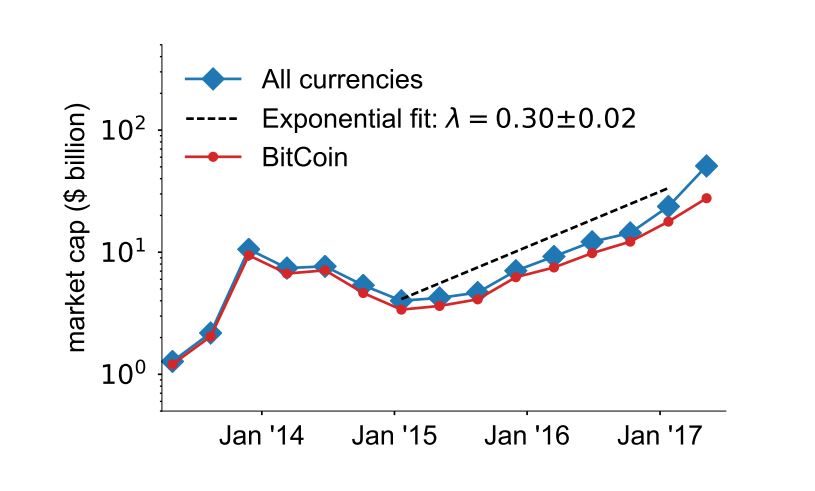 In the first half of Tuesday cryptocurrencies continue to rapidly fall in as of 11:50 Moscow time the average rate of Bitcoin fell below $4 400 lost per day 18%. Fork Bitcoin Cash lost per day and almost 46% and fell to 5th place in the TOP 10 in terms of capitalization. Analysts say that the situation was quite predictable.

So, expert on technical analysis and a leading trader company United Traders Alexei Markov shared his opinion that the value of BTC and ETH will continue to fall, after which they can be purchased at a bargain price.

“Exhausting side flat finally moved in the acute phase of the fall. I was very pleased with the fact that fall without any specific news, people are not ready and will begin to make mistakes, and waiting for the big players. I think fall is very short, bitcoin to $3500-$3700, Ethereum — $110-$120. These levels are attractive for shopping, but it is important to buy only after the consolidation and stabilization of the volatility,” said mark.

A bit of a different opinion, the main analyst of “Broker Groups” Oleg Bogdanov, according to him the cause of the collapse of the market was the decision of the Commission securities and exchange Commission (SEC) by the ICO and the conflict about hard forks of Bitcoin Cash, which caused serious problems with the pricing of the cryptocurrency. In addition, some cryptomeria have any problems with withdrawals, which further undermined the confidence of investors to this kind of tools.

According to Bogdanov, the cryptocurrency market is entering a period of complete collapse. Many digital assets have lost this year more than 80% of the price, so the investors lost all meaning in investing, the analyst believes. In his opinion, the price of bitcoin will tend to $1,000, and the value of altcoins to zero.

Also to drop the price of the cryptocurrency has affected the improvement of the situation on the world stage, says a leading analyst “Expert plus” Maria Salnikova. She was sure that from the blockchain-industry withdrew all the money.

“After the message on readiness of the fed to reconsider its monetary policy in 2019 (i.e., hawkish rhetoric of the fed will be changed into a dove), in the United States stated that it will not interfere with the new attorney General in the decision to curtail investigation of possible Russian interference in elections, and in the correction of the dollar down (not fall, and sales of dollar, and logical correction) — a reason to get out of the cryptocurrency market”, — said the expert.

Banal speculation saw the collapse of the market analyst social network for investors eToro in Russia and the CIS Mikhail Mashchenko. He is sure that the reason for the update of the annual minimum bitcoin has become the desire of investors to capitalize on market volatility significantly decreased. The expert suggested that the price could fall to $4000.

“In the current environment it is much easier to send quotes down, not up, as the interest in cryptocurrency has dropped significantly. Fundamental news was not long ago, and the fuss about hard forks BCH, the withdrawal of miners from bitcoin and subsequent fall of all contributed to exit prices beyond us $5800 — $6000. The rate drop to around $4750 was expected, and now without the active buying of the whales he could fall to $4,000 per coin” — said Mashchenko.

Most experts believe that this low there are a few basic reasons, and the exchange rate of bitcoin in the near future will continue to fall. Analysts believe the market Outlook for digital money and call the impairment of assets a profitable buying opportunity.

Analysis of the bitcoin exchange rate on 20 Nov