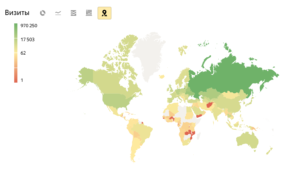 These days in 2017, a project was launched BitJournal media. The project has its own rich history and the rich prehistory with another edition, but now not about it.

Despite all the UPS and downs over the past year, our team was friendly as ever. Unfortunately, our UPS and downs are not highly correlated with exchange rate of bitcoin, as many of the crypto media. We did this because some of the responsibility, due to the fact that there are readers, a huge percentage of our regular audience and direct visits.

Just for you, from morning to late evening, every day of the week, we try to quickly translate the most important news, to look for exclusive information, to interview, to write articles. In General, to make quality content. I’m sure this is just the beginning!

As before, we do not plan to earn only on advertising and PR different Scam. For anybody not a secret that 99% of the ICO, which promoted Russian-speaking segment has not brought profit to its investors. After a year of work in media, I realized that most of the challenges of projects requiring investment, do not need advertising.

Having such a resource to do real things more useful to society. To delve into the sub-projects will not in this article. We just thank you for your trust and I want to say that it is not planning to stop. Money is not an end in itself, only a means.

By the way, according to our data, the reader BitJournal, mainly based in Russia, mainly in Moscow and St. Petersburg (75%). The CIS countries accounted for 13%, the remaining 12% for Russian-speaking residents of Europe and the United States.

The previous year we had quite a lot of changes, we have modified our website, doing a real online magazine, our representatives traveled to dozens of conferences, but all this pales before the fact that we’re going to do for our “anniversary.”

On behalf of the main editor would like to add: constantly evolve, move forward. We are pleased to be a part of it all.

Survey: Most cryptoinvestors believe that the price of BTC in the long term will be from $ 100,000 to $ 1 million