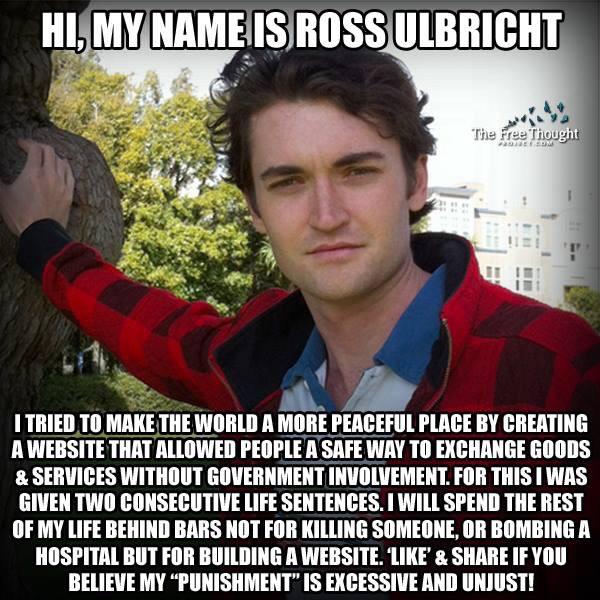 Canadian law enforcement authorities arrested 42-year-old James Ellington, one of the users of the infamous site, Silk Road. According to investigators, the man was framed by the Creator of Silk Road Ross Ulbricht played a key role in his arrest.

In 2013 Ulbricht (Dread Pirate Roberts) has contacted the user under the name Lucydrop and began to blackmail him, threatening to de-anonymize thousands of sellers Silk Road. After some time, the Dread Pirate Roberts got a message from a redandwhite, who proposed to kill the blackmailer for $650 million in bitcoins. Correspondence between redandwhite and Dread Pirate Roberts formed the basis of the charges, despite the lack of evidence on the implementation of “order.”

Militiamen found out that both accounts belonged to Ellington, who has repeatedly lied to users of Silk Road. This is direct evidence that Ulbricht was the victim of an agent provocateur and guilty of murder.

Meanwhile Ross Ulbricht is serving two life sentences on charges of organizing contract killings and drug trafficking. The petition for his release has gained more than 60 thousand signatures, then Ulbricht has published the first tweets from prison, and thanked subscribers for their support.