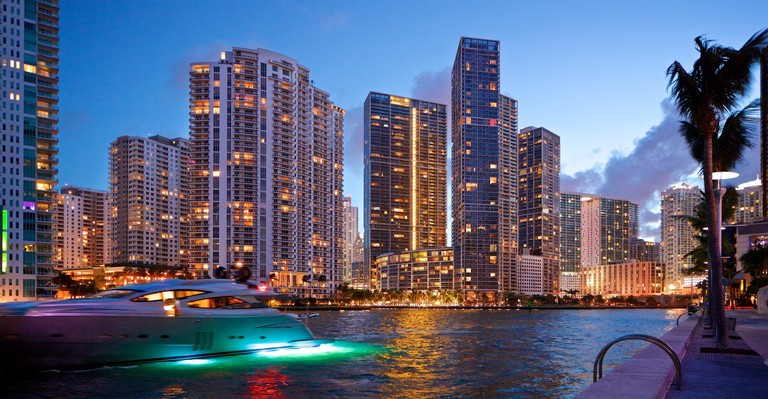 Miami 2.0 blockchain strategy foundation to get a massive boost after Dubai’s private equity investment firm IBC group decides to pledge 100K BTC which is worth 4.8B. This move is going to be a big breakthrough for the development of Miami’s financial ecosystem, adding more fuel to the functioning of its plans

“ Making the largest bitcoin investment in history is proof of our commitment to assisting cities adopt blockchain, which we see as the key to enabling widespread adoption”

Khurram Shroff is the man behind this deal, according to the reports of Trade Asia.

The Miami 2.0 blockchain strategy has been bucking up in recent times, the blockchain platform would transact around $200 billion per day by the end of the year.

Mr. Shroff is hopeful of bitcoin’s future as it is evident that growth is increasing day by day the currency has risen eight times since last year and surpassing the market cap of many well-established institutions, right now bitcoin stands at $51689.45 and is expected to rise upto $75000, this is what he said

“The next target for bitcoin is $75K, and it is going to happen sooner rather than later, primarily because of DeFi and DaPPs. Bitcoin maximalists are already looking to do different things with their bitcoin, there is widespread adoption of bitcoin, on a virtually daily basis.”

Miami’s Response: Mayor Francis Suarez has been supportive of bitcoin investments and is working towards the growth of it for the city’s development, according to speculation he might soon pass legislation in order to enable investment of a part of the city’s treasury in bitcoin and could also pay salaries in bitcoin.

“ Cities like Miami, we’re trying to attract tech towns. It’s part of a larger play to position Miami as one of the most tech-forward cities in the country”.

This is a landmark move in the history of bitcoin paving the way for more future investments, this move is going to give digital currencies more acceptability and adaptability by people, organizations, and governments.

Not just bitcoin, Mr. Shroff is also supportive of Ethereum 2.0 development. Reportedly he has even been helping Ethereum 2.0 Beacon Chain get staking goals.

Not just the world of cryptocurrency but Mr. Khurram Shroff is to be seen encouraging the use of blockchain technology even in real estate which will ensure more transparency and decentralized control in the industry.

“ Enabling investment into Real Estate utilizing Bitcoin as a collateral asset will further enhance its use case as a tool to create a hybrid investment vehicle for BTC holders in stable long-term assets such as Real estate, are a double win for digital currency holders as well as developers and property owners”  is what Burkhan’s CEO and Founder Shahal Khan said on being asked.