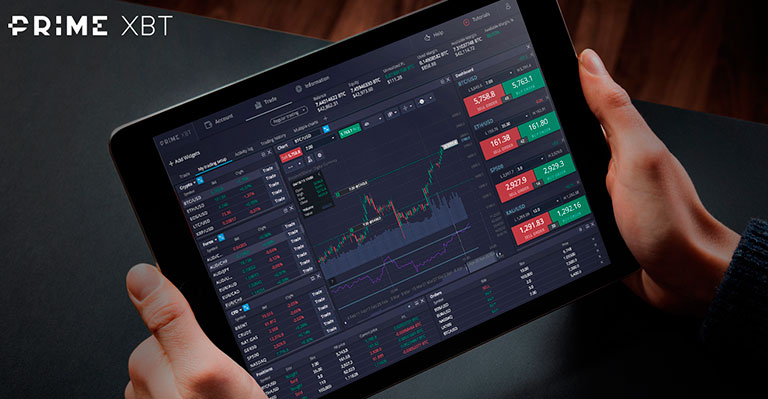 According to a new survey, distrust in the traditional banking industry has nearly doubled among millennials over the last three years.

And as this distrust in big banks continues to surge, alongside it, a strong preference for Bitcoin is also growing that may boost the asset’s value in the long term.

The Early Beginnings Of Distrust in Big Banks

During the 2008 financial crisis and Great Recession, governments bailed out big banks and other lenders that were at risk of bankruptcy as debt spiraled out of control.

Individual taxpayers were stuck footing the bill for bad decisions banking executives had made. As a result, the United States Federal Reserve’s balance sheet had ballooned.

Citizens globally were left frustrated by the bailouts, but there was little that anyone could do to fight back against the government’s control over monetary policy.

One pseudonymous individual, or individuals, however, sought to put an end to the current monopoly governments and their banking buddies had over people through the money supply. This person or group of people is known as Satoshi Nakamoto, the creator of Bitcoin.

The Great Recession and the Birth of Bitcoin

Bitcoin was released into the wild on an open-source forum as code back in 2009, just as the Great Recession really got underway.

Bitcoin was the first-ever form of peer-to-peer digital cash, but what the currency now stands for is so much more.

The cryptocurrency is also the first-ever fully decentralized blockchain network, powered by machines called miners. These machines solve complex mathematical equations that validate each transaction and keep the network churning.

This design, called proof-of-work, allows Bitcoin to continue to live without the intervention of a third-party. No banks are necessary to move money to and from other wallets, for the first time in history.

By bestowing such power back into the hands of people and taking the control away from banks, Nakamoto created financial freedom that hasn’t yet truly been realized.

This financial freedom, however, has become increasingly attractive, for millennials who have now grown up alongside bank bailouts and other issues, leaving a bitter distaste for big bankers.

According to a new survey from Tokenist, trust in Bitcoin over big banks like JP Morgan, TD, and others has grown steadily over the last three years.

The last survey was conducted in 2017, while exuberance in cryptocurrencies was at an all-time high along with asset valuations. 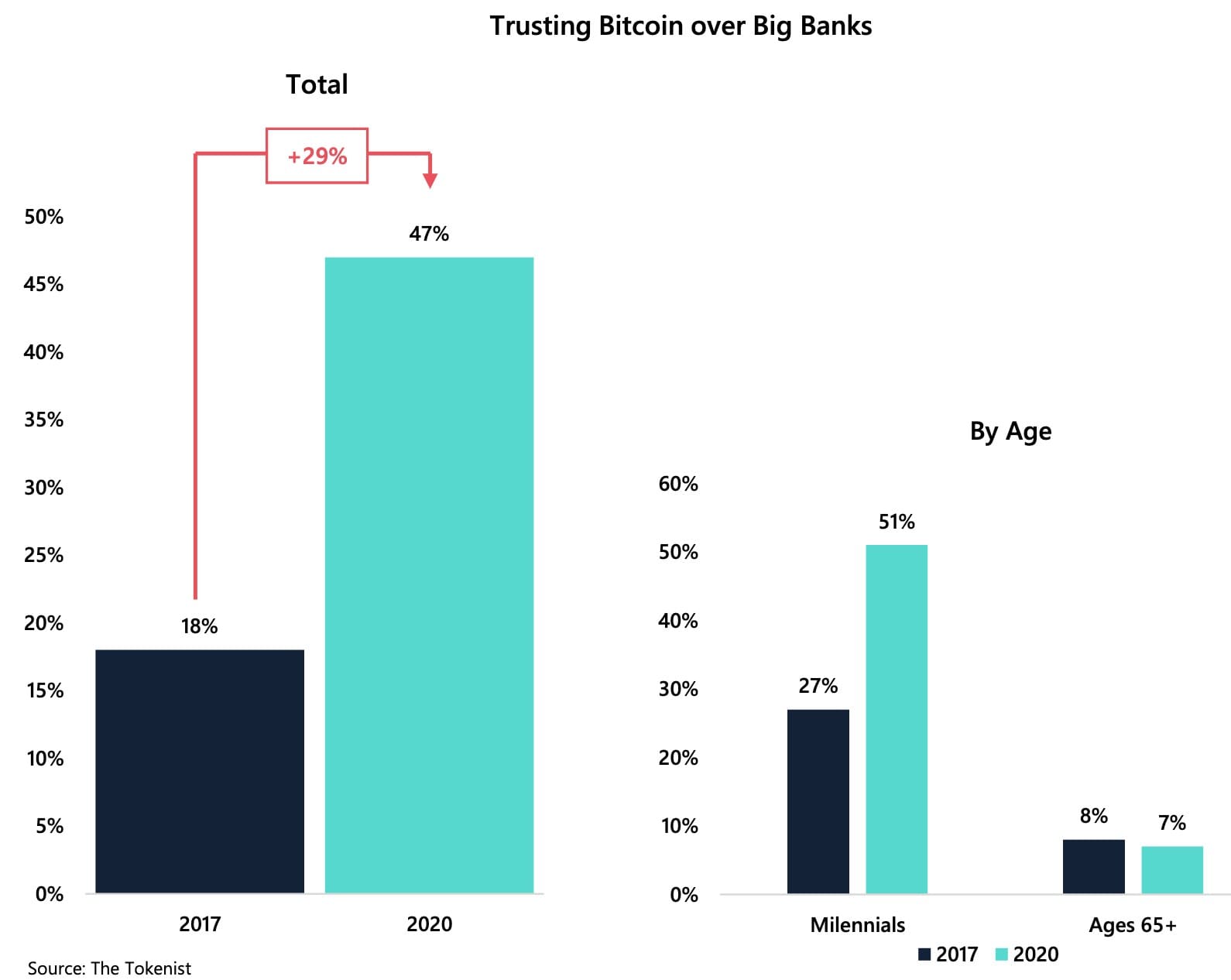 The fact that trust in Bitcoin has only grown while prices have collapsed for nearly three full years, says a lot about how much millennials distrust bankers.

The survey revealed that as much as 51% of millennial respondents trusted Bitcoin over banks. Boomers, however, still trusted traditional banking far more over Bitcoin.

44% of millennials say they intend to own Bitcoin within the next 5 years. 14% said they already own Bitcoin, so nearly 30% growth in adoption is expected based on the survey findings.

Bitcoin Growth Could Explode Due to Millennial Spending and Adoption

Millennials are considered the largest and most important consumer group currently. As this group currently makes up the bulk of the workforce, they also command most of the world’s spending power. Their preference for Bitcoin could be a major boost for the cryptocurrency.

This subset of consumers is defined by PricewaterhouseCoopers as an individual with a birthdate between 1981 to 1996. This group would have watched the rise of the internet, the dot com bubble, and then just as they were entering the workforce, the Great Recession hit.

Millennials have the right to feel burned by big banks that have made it very difficult for them to afford homes, higher education, or obtain high paying careers. Wage gaps have only grown since.

Bitcoin forecasts show the asset increasingly being seen as the answer to finally escape all of this. As among the first intangible assets that anyone can buy and truly own themselves, Bitcoin may finally be the solution to a problem that has lasted decades and shown recently just how dangerous monetary policy can be.

There are many ways to access Bitcoin, either by buying it on LocalBitcoins, an exchange, or by trading it on a BTC-based account using a Bitcoin margin trading platform like PrimeXBT.

Bitcoin can be used as an investment, as collateral for all kinds of trading instruments, and much more. The digital technology makes moving the asset far easier than gold, can be traded like stocks or forex, and can be held without the need for a third party.

As millennials further learn to distrust big banks, Bitcoin will increasingly become the preferred option for this aged consumer group. And as banks continue to play games with individual’s money, the freedom of being your own bank through Bitcoin will become much more valuable in the future.

ETH 2.0 Assumed To Be Ready After Successful Zinken Trial