The modern world is growing to become more accepting and inclusive of cryptocurrencies. The success of the concept has led to its wide adoption among the masses and the general public all across the world. Several countries are trying to hold Bitcoin and other such usable tokens, as many developing countries see it as a potential economy booster.

Bitcoin and other cryptocurrencies are also believed to act as a hedge against inflation. However, many authorities and even State Governments all across the globe have expressed their reservations and concerns about the increasing use of crypto. Developed and influential countries like China and the United States have not grown very fond of the concept. There are many complications and hurdles for crypto enthusiasts that live in these countries. 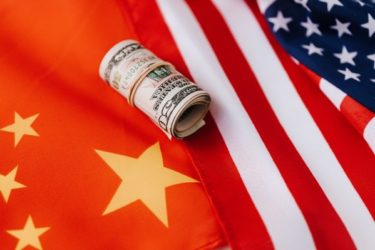 Many government representatives and regulators have raised their voices against cryptocurrencies. In a recent development, former US Secretary of State and the previous Democrat Presidential Candidate, Hillary Clinton, has trashed cryptocurrencies. She called states to keep an eye on the rise of its usage as well. Clinton is an influential personality who has been around in US politics for a few decades now. Therefore, her remarks carry a great significance and can also reflect what the US authorities think of crypto.

Can cryptocurrencies undermine the use of regular currencies?

Cryptocurrencies, like Bitcoin, are hailed as effective alternatives to fiat, mainly the US Dollar. Many pundits previously suggested that Bitcoin might replace the US Dollar as the global reserve currency. However, higher authorities and governments are not so fond of the idea.

A similar thought process was shared by Hillary Clinton. As she said that,

“One more area that I hope nation-states start paying greater attention to is the rise of cryptocurrency because what looks like a very interesting and somewhat exotic effort to literally mine new coins in order to trade with them has the potential for undermining currencies, for undermining the role of the dollar as the reserve currency, for destabilizing nations, perhaps starting with small ones but going much larger.”

These remarks from Clinton came right after US President Joe Biden signed the controversial crypto tax reporting requirement bill. This bill will help the government gain information about the customers and users that acquire the services of crypto brokers in the country.

Many governments and influential personalities discuss and criticize crypto. However, it reflects that cryptocurrencies have become a significant force in the global economic structure. It still has a lot of room for improvement, but it is undoubtedly here to stay.