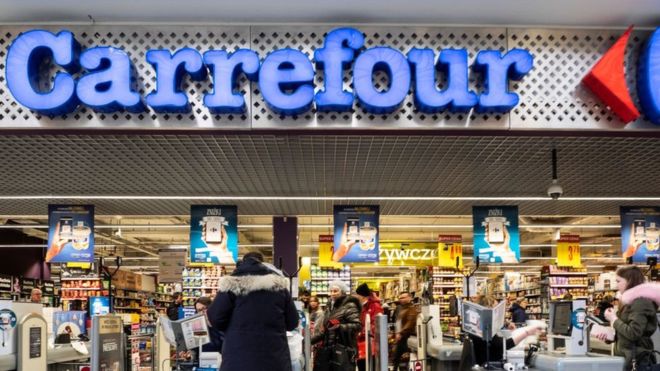 The Swiss food giant Nestlé and the French supermarket chain Carrefour have teamed up with IBM to use blockchain technology to track famous French convenience foods, the companies said in a press release on April 15.

Nestlé and Carrefour, both of which are members of the IBM Food Trust blockchain platform, will use this technology today to track the supply chain of Mousline, a well-known brand of instant mashed potatoes.

As soon as it appears, buyers will be able to scan the QR code on their smartphones to know exactly where the potatoes came from in a particular package, as well as go to a specific Carrefour store.

“Using the QR code on the product packaging, each consumer will be able to use the protected platform on his smartphone to access information on the value chain, including varieties of used potatoes, dates and places of production, information on quality control. as well as the place and date of storage before the product reaches the shelves, "- said in a press release.

The announcement was made a few days after the United States supermarket chain Albertsons announced that it was using the Food Trust to track one of its products – iceberg lettuce – with potential for further development.

Around the world, about five million different foods already use blockchain in their supply chain in one form or another as the industry grows.

“This partnership is based on the shared values of each company to provide greater transparency for consumers in the food sector,” Carrefour continued in a press release.

“By simply scanning the product with a smartphone, consumers will get reliable and immutable information about the supply chain and manufacturing.”

In recent months, Carrefour itself has strengthened the integration of the blockchain, using milk tracking technology.