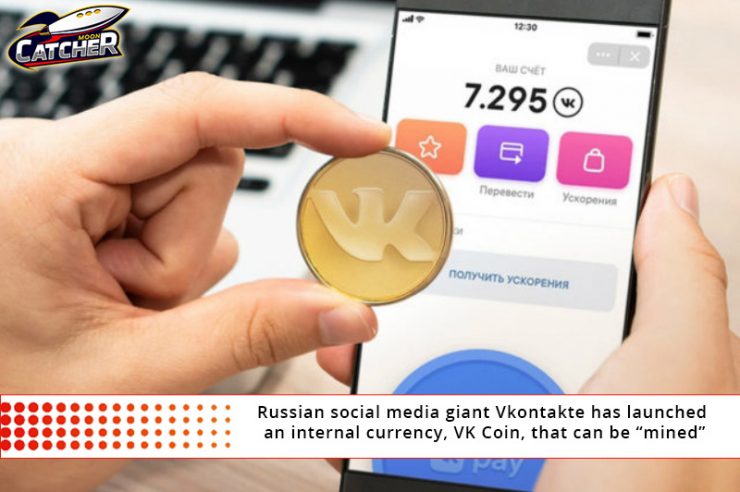 VK Coin, conceived as a gaming virtual currency released by the Russian social network VKontakte, immediately after the release went beyond the bounds of the primitive clicker game, creating a real black market to exchange it for rubles. But the most interesting thing in this situation is that the administration of the social network not only does not limit the exchange of tokens for fiat money, but also, even supports that phenomenon.

The illegal market for the exchange of virtual currency VK Coin for rubles appeared on the social network immediately after April 1. Then VKontakte launched the click-game VK Coin, the essence of which is to “click” as much as possible on the VK Coin currency.
You can spend coins inside the game: buy “accelerations”, which will allow you to get more currency with one click. One of the opportunities to get "acceleration" is also registration in VK Pay.

VK Coin has already attracted millions of users: at the same time 500-600 thousand people are in the game. It is impossible to withdraw coins and transfer them to real money, but the players began to independently exchange virtual currency between themselves. Exchange, of course, for real rubles. The exchange rate is 100-150 rubles for several hundred thousand Coin. At the first place in the rating, more than 30 billion in VK Coin have accumulated. The entire wall of the user – in advertising sites for the purchase of "Coins" and reports on the exchange rate of the local currency. According to them, 210 million “Coins” can be purchased for a thousand rubles, but even this is not enough to get into the top 100. However, while the users themselves do not know why VK Coin might be useful to them and just save them.

The position of the VKontakte administration in relation to the unfolding “black market” is positive: they consider this an indicator of the success of the project and are not going to limit the exchange of coins for rubles.

“The service went so much to the users that they started building an economy around it: people exchange money for real money, pay each other for advertising records, use them as an internal currency in their own bots and play in communities,” said Ivan Gusev, VK Coin director, adding that the buyers of the Coins from the top 100 games do not violate the rules.