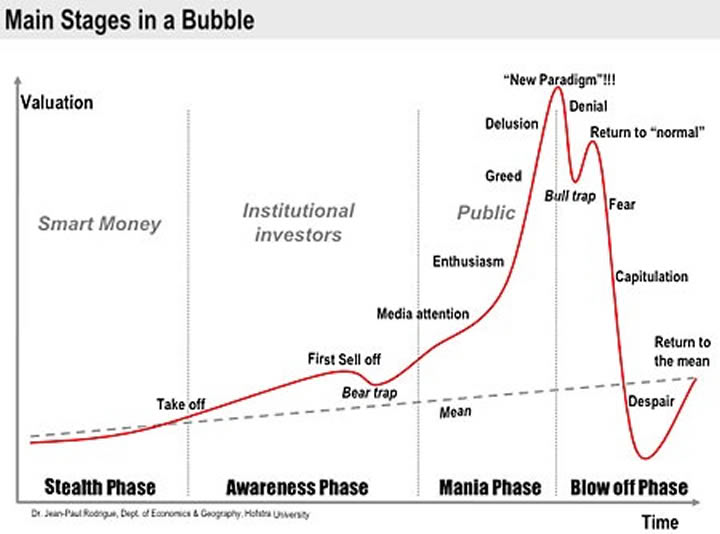 American economist Kenneth Rogoff, who from 2001 to 2003, he served as chief economist of the International monetary Fund, said that cryptocurrencies are unlikely to drop to zero, since they are more “lottery tickets” than “bubble”.

“At a recent conference, which I attended, the prevailing view was that the market capitalization of the cryptocurrency could explode over the next five years and grow to $5-10 trillion. For those who watched the price of bitcoin rose from $13 in December 2012 to around $4 000 today, the fall of this year with $20 000 was not grounds for panic,” — said the economist.

Rogoff does not support the opinion of bankers and eminent economists, who are shouting about the coming collapse of the “pyramid” of cryptocurrencies, but he also believes the rapid growth rate of bitcoin to hundreds of thousands of dollars for 1 BTC. Harvard Professor notes that in history have often been cases where the private sector has offered a progressive and effective financial instruments. However, always in the arena went out, the state that begins “to regulate and assign” innovation. Now the bitcoin face the same fate after leading the country will begin to issue digital currency from the Central Bank.

Meanwhile, not yet entered the worldwide regulation of cryptocurrencies, it will actively use the country under economic sanctions such as Cuba, Iran, Libya, North Korea, Somalia, Syria and Russia.

“We should not be surprised by the price crisis on the cryptocurrency this year, and the price of these coins is not necessarily equal to zero. Like lottery tickets, there is a high probability that they are useless. There is also very little likelihood that someday they will be very expensive for reasons that are currently difficult to foresee,” concluded an article by the economist.

Kenneth Rogoff is a prominent American economist and chess grandmaster. Professor of Economics at Harvard. One of the leading scientists in the field of comparative study of the economies it is often included in rankings of the most influential economists in the world. Chief economist of the IMF (2001-2003). Known for his studies of the history of world financial crises.