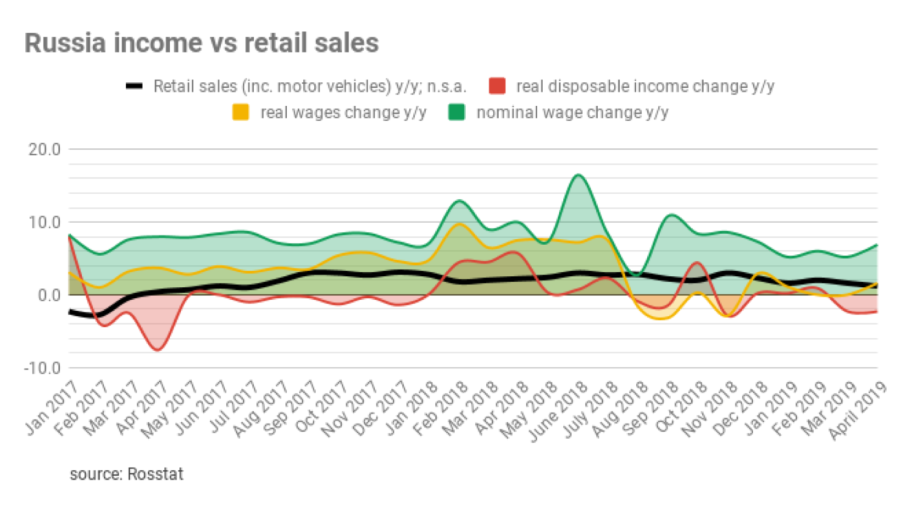 The Central Bank of Russia intends to take emergency measures so that poverty among the population does not lead to a fall in the lending market.

The entire Russian financial system is now in an awkward position, due to a drop in Russian income.

What are some reasons for concern?

Over the past year, the earnings of Russians only fall and do not show growth dynamics. From October 1, 2018 to April 1, 2019, the annual growth rate of personal debt increased by 3.7 percentage points, to 24.3%.

It turns out that now citizens have less and less finance to secure their own debts.

Last year, the debt burden of the population (the ratio of planned payments on loans to income) on unsecured consumer loans increased to the level of the crisis in 2014: it increased from 7.1 to 8.1%, approaching the peak values of 2014 at 9%.

Panic setting add numbers for mortgage lending. The share of loans with a low down payment remains – 42.0% in the first quarter of 2019. This is an extremely bad indicator for it has risen too much. Last year, analysts from the Central Bank have already warned everyone that the situation is heating up and the bubble may burst.

This bubble was not immediately noticed due to a number of positive effects. For example, a greater number of loans that pumped banks with new debtors, but in the end everything looks very sad.