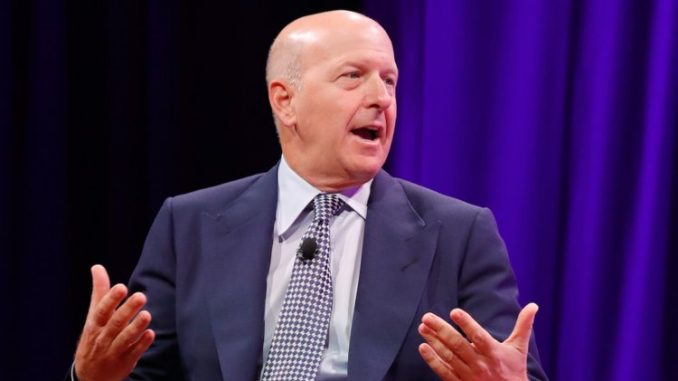 Goldman Sachs CEO David Solomon categorically denied that the bank had ever planned to open a cryptocurrency department, and stated that earlier media reports indicating otherwise were incorrect. Solomon delivered a speech before the Committee on Financial Services of the US House of Representatives on April 10 during a hearing entitled “Taking into account the responsibility of megabanks: an overview of globally systemically important banks 10 years after the financial crisis”.

As previously reported, Goldman Sachs’s proposed plans to create a crypto-oriented unit by the end of June 2018 were initially reflected in the Bloomberg report for December 2017. In September 2018, unnamed sources told Business Insider that the project was suspended. A few days later, the firm’s financial director, Martin Chavez, told reporters that recent reports were “fake news.”

In his speech, Solomon said that Goldman Sachs interacts with customers who are involved in cleaning up physically based crypto futures, but the alleged plans of outlets were false:

“The first [Bloomberg article] was not correct. Like others, we are witnessing and […] doing work to try to understand the cryptocurrency market as it develops […], but we never had plans to open a cryptocurrency exchange. ”

It is noteworthy that the CEO did not rule out such a move by the bank in the future, stating that:

“We can do this at some point in time, but there is no doubt that when you are dealing with cryptocurrency, this is a new area […], it’s unclear from the point of view of regulation, it’s unclear whether […] will be possible in the long run as a currency, will these technologies be viable. ”

Ohio's Republican Congressman Warren Davidson, who questioned Solomon about media reports, himself expressed confidence that the US was lagging behind other countries and could not “take advantage of this thriving [crypto] sector” because of regulatory uncertainty.

Other CEOs who attended the hearings included JPMorgan Chase CEO Jamie Dimon, who confirmed the value of the blockchain technology, but confirmed his conviction that decentralized cryptocurrencies have no intrinsic value.