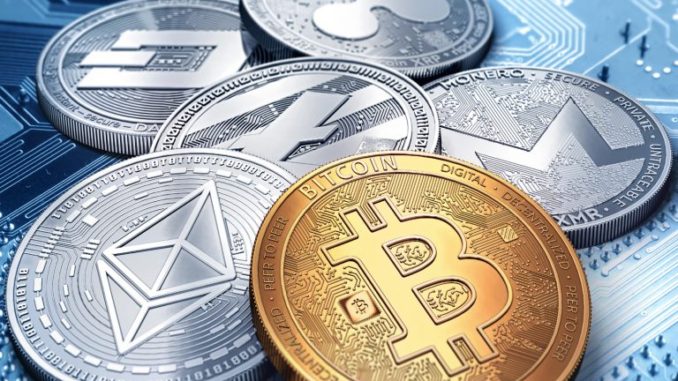 The modern world has gone through different waves of digitization that have completely transformed various sectors and industries. A major change was observed across the financial world with the advent of cryptocurrency.

Even though the concept of digital currency was around for a while, there was no definite clarity on how it could become a part of our daily lives. However, the debate was settled as cryptocurrencies emerged to be a highly beneficial and usable asset commodity for the user sector.

The immense growth of crypto in the modern world indicates that it certainly has the potential to grow as a replacement for fiat as well as for the faulty traditional banking system. Nonetheless, the trillion-dollar industry has attracted the public sector as well as the commercial and corporational sector to try out its usability and inculcate it in their financial activities.

Many organizations are finding ways to benefit from the use of crypto. Many firms have started using it as a mode of payment and transaction. All of this indicates that the future of crypto is quite promising.

Crypto Parrot, a simulator for crypto trading, was used to determine the data on role allocations. It showed that as a result of the solid growth of the crypto industry, there has also been a shift in the roles sought, with the share of roles in crypto and blockchain growing 30% year-on-year as of July 16. A 200% increase in human resources accounts has been recorded over the same timeframe, in contrast to a drop in software development jobs from 34.8% to 29.7%.

A blockchain role typically pays more than other technology positions as it requires a strong understanding of cryptography, in addition to expertise in ledger economics, object-oriented programming, and other skills.

Crypto and blockchain technologies – including DeFi – have gained traction in universities and colleges in recent years, but most developers in the sector remain largely self-taught, which suggests universities and programs lag behind. Moreover, core developers and researchers can be engaged with multiple employers and partners on different projects, thanks to the reliance on remote working during the epidemic.

The crypto division of asset manager Fidelity Investments is expected to hire 70% more employees over the next year. According to unconfirmed reports, Amazon will accept Bitcoin (BTC) payments by 2022, and it is currently hiring for various blockchain related jobs. JPMorgan has been looking for candidates to lead its blockchain strategy and roadmap, and JPMorgan has also begun accepting applications for blockchain-focused software developers.

All of this indicates that a career in blockchain and crypto is certainly a bright prospect, as of now. It can land you posts in multinational organizations and large-scale firms, promising a financially sustainable career.

As crypto makes its way into the mainstream business world, it is high time to find a career in this sector. As the stats show, the increasing demand is paving the way for high-paying jobs for skilled individuals. The waves of digitization in the modern world are providing tonnes of opportunities to individuals all across the world. However, they have to polish their skills in order to make a mark in the industry. The coming few years will be highly critical, as many experts believe the future belongs to crypto. If this becomes the case, and the crypto market keeps on roaring, it might be the next big thing in the global economic structure, and this is just the right time to dive into it.