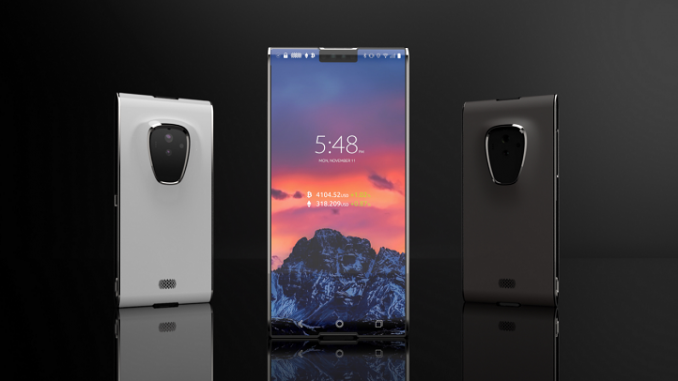 from a Swiss company Sirin Labs. The development of the smartphone was preceded by the successful holding of a year ago, the ICO, in which the developers managed to collect collected $157 million And now, the product is ready.

Buyers “the first smartphone on the blockchain”, as it is positioned developers, will have to pay for the gadget is $999. For this they will get a smartphone with a 6-inch screen, two cameras (8 and 12 Mpx) and 128 Gb of memory and, most importantly, with built-in cold crypto. Data for memory, CPU, battery, sensors and other equipment expensive gadget on the official website are not yet available, maybe they will appear after the start of sales.

The main feature of the blockchain smartphone Finney is the built-in cryptobranchidae based on Android operating system SirinOS, which includes the so-called “decentralized applications Center (dCENTER)” and the security system, the development of which the developers have paid special attention.

Thus, the smartphone has several levels of protection:

will have on Board a new service of conversion of tokens that will allow you to make automatic exchange of supported tokens and coins without having to visit external exchanges.