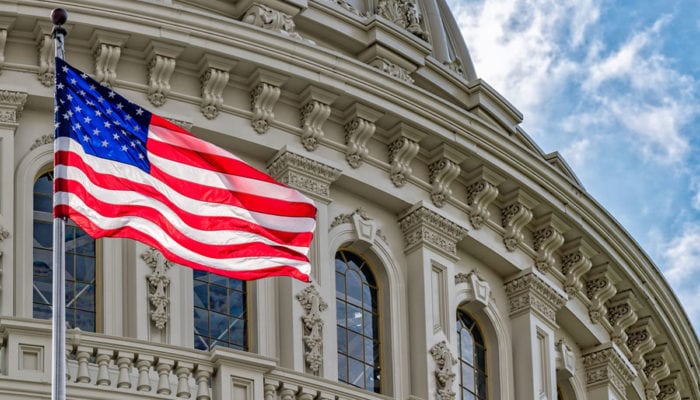 US Congressmen are concerned about the growing popularity of the digital currency of the world. They believe that the US dollar runs the risk of losing its global currency position due to digitalization that spans the whole world – governments around the world are striving to modernize their money systems and reinvent the ways of transferring, distributing and creating money.

Representatives French Hill (French Hill) and Bill Foster (Bill Foster) sent an open letter to the Chairman of the Federal Reserve System (FRS) Jerome Powell, in which they expressed concern about the status of the US dollar.

The document mentions the Facebook Libra project, which can give the world's people the ability to instantly transfer money around the world bypassing banks and has a potential base of billions of customers. Amid the growing popularity of such instruments, governments do not expect the technologies underlying them to disappear, but are actively developing their own competitive products to reduce the risk of losing leverage on traditional currencies.

“As you know, the nature of money is changing. Although this is not a new phenomenon — one can recall the development of paper money in China in the 9th century from a coin-based system — later achievements can be described as a watershed in the evolution of money and payments. As described in more detail below, the Federal Reserve, as the central bank of the United States, has the capabilities and powers to create a national digital currency, ”the open letter says.

Lawmakers also cite a number of examples of studying or creating central bank digital currencies (CBDCs) around the world, from the “electronic krona” in Sweden to the “electronic peso” of Uruguay and the Central Bank of China project, which is due to appear in 2020.

“While some Americans use cryptocurrency for speculative purposes, the use of digital assets may more and more coincide with the use of paper money in the future,” they add

Congressmen believe that the Libra project, if implemented, can eliminate important aspects of financial management outside the US jurisdiction. In the private sector, JP Morgan recently became the first US bank to create and successfully test a digital coin representing fiat currency. In addition, next year, Wells Fargo plans to launch its Wells Fargo Digital Cash pilot project, a stablecoin pegged to the US dollar.

Foster and Hill ask the Federal Reserve Board to answer a list of questions regarding the possible creation of their own cryptocurrency – the "digital US dollar."