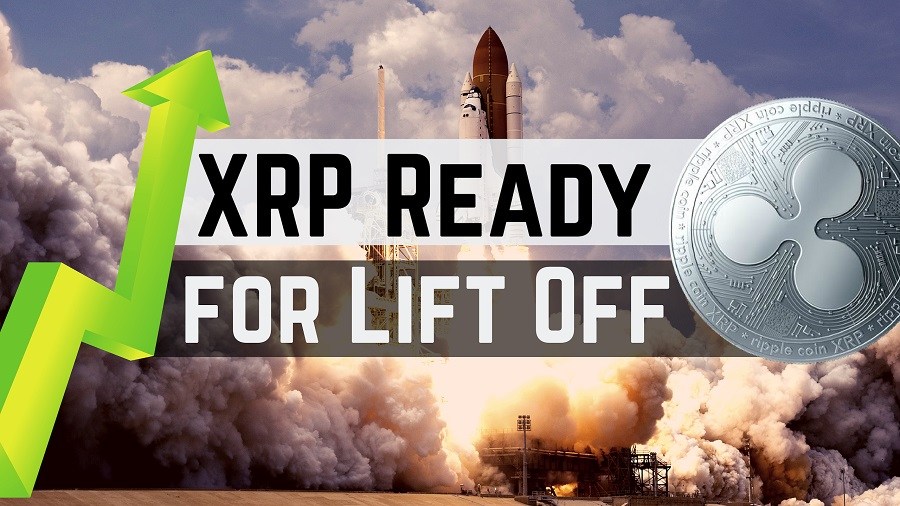 Daily bitcoin beats records and shows excellent performance. Many have forgotten about altcoins and consider them irrelevant today. But at the same time, there is one coin that attracts attention to itself, this is XRP.

Ripple remains at a higher annual level and is interested in a huge number of investors.

Recall that Ripple owes its elementary idea of how inefficient the current system of interbank transfers (SWIFT) is and how it can be replaced. Especially for this, the xCurrent system was created, which was immediately offered to the banking sector, receiving a lot of positive feedback.

Ripple could well have implemented XRP tokens already at this stage, but the company management realized in time, realizing the bias of the banking sector to the entire digital currency industry, which are a direct competitor to traditional money. In addition, the decision was also affected by the obvious problems of legislative regulation. At the time of becoming xCurrent as a full-fledged banking product, Ripple began to actively promote XPR, but not in banks, but among payment systems, for which not good relations with the authorities, but the speed of payments and the low cost of cross-border transfers are more important. So xRapid appeared.

The xRapid service works as follows: for example, you need to transfer money from the USA to Russia. First, in the US, dollars are changed to XRP, then they make a transfer and, at the time of receipt, change to rubles. Transactions using XRP take place in a fraction of a second, which creates an advantage that classical transfers of traditional currencies cannot compete with. After that, it remains only to wait for the same xRapid service to be used by that payment system that can bring the service to a completely new orbit, and with it the XRP token itself. Ripple agreed to cooperate with the MoneyGram money transfer platform.

Recall MoneyGram, founded in 1940, was put up for sale, as it could not cope with falling incomes and debt restructuring, which supposedly amounted to $ 902.8 million and should have been paid next year. According to Reuters, the $ 1.2 billion deal with Ant Financial, owned by the executive chairman of the Chinese giant Alibaba Group Holding, Jack Ma, failed in January 2018. The fact is that the US government commission rejected the contract for national security reasons. But Ripple gave the green light.

Again, it seems that everything that happens with Ripple is a pre-planned and coordinated scenario of gradual advancement, the culmination of which should be the conclusion of XRP on price positions and levels, which should not be underestimated. In any case, the growth rate of the XRP should be ready at any moment, especially given the quite adequate expectations that for one XRP very soon they will give at least $ 5.