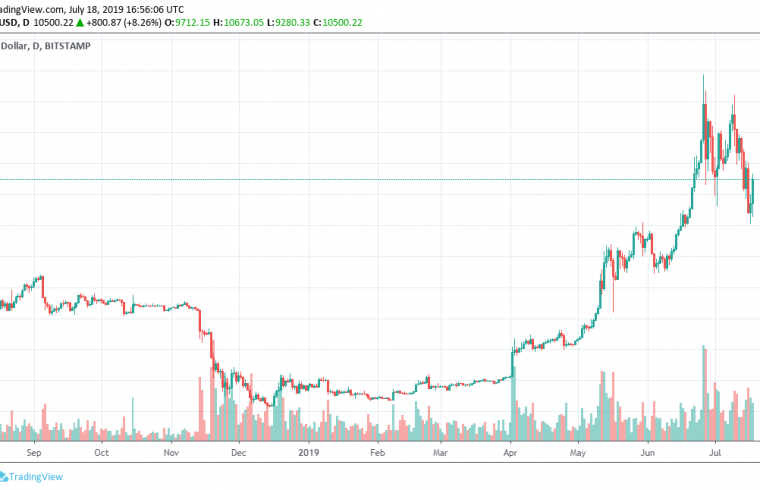 Every time the percentage of bitcoin depreciation reaches double digits, a panic starts in the crypto community, and inexperienced traders suffer losses. This has been happening regularly for two years now, although such fluctuations in the rate of the first cryptocurrency occurred many times before 9 years ago, and each collapse eventually turned into a stable rally.

A careful study of market history can help predict current trends. Naturally, in 2019, everything is very different from what it was in 2013, but the graphic models continue to show similarities. After Bitcoin began to be traded on exchanges, volumes changed, many other indicators changed, but rate corrections remained unchanged.

At the moment, the correction of the BTC rate relative to its annual maximum is 43%. A correction of this scale was predicted by many analysts a couple of months ago, and analysts expected prices to fall to $ 8 thousand (at the time of preparation of the material, the rate is $ 7,864)

At the same time, the analyst does not exclude that the price will continue to fall to the level of $ 6,300, before the resumption of the bull market.

In 2018, the BTC rate correction was a whopping 84% from its all-time high to a low of just under $ 3,200 in December. This year, bitcoin is still showing an increase of% 110, and the projected decline will still keep it 70% higher than January prices. Corrections provide opportunities for purchases, traders and investors around the world know this.

Similar deep corrections have occurred and will happen in the future, it’s time to get used to it already.