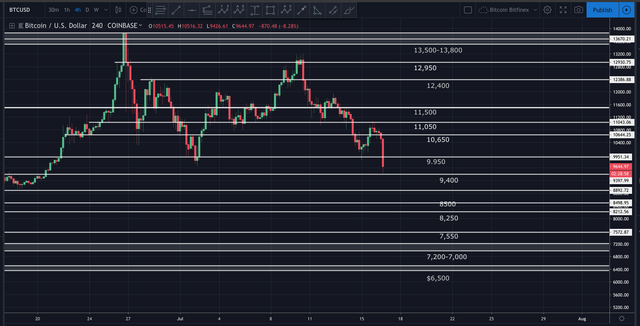 Nigel Green, CEO and founder of the deVere Group consulting company, said that the $ 10,000 mark is the new acceptable “bottom” of the Bitcoin exchange rate.

“Looking at the results of this year, I believe that the new acceptable bottom for the price of bitcoin is $ 10,000. Its price bounces when this mark is reached. If bitcoin falls below this level, it begins to rise sharply in price. We saw this on Monday when bitcoin rose to the level of $ 10,500 in a matter of minutes. ”

Earlier this month, Green also noted that Bitcoin will inevitably reach a price of $ 15,000.

He gave several reasons justifying his prediction. Namely, the trade war between the USA and China, Brexit, the improvement of networks in technical terms, the bitcoin halving in 2020 and the increase in public awareness. Green believes that investors will seek refuge in a politically neutral cryptocurrency like bitcoin, as it is one of the least correlated assets relative to traditional markets.