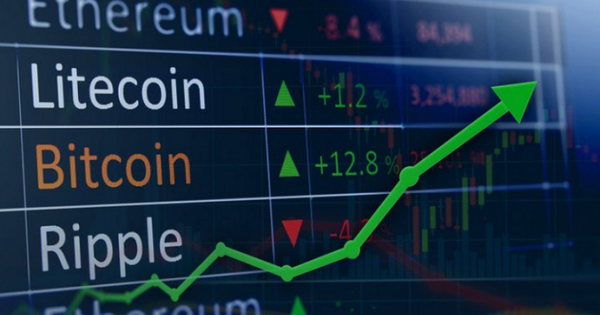 There are several countries that are starting to work with blockchain technology. Some of them use it in the financial sector, while others try to improve their bureaucratic systems.

The country's central bank may be the first to offer a national digital currency based on blockchain technology. At the moment there is a project called UBIN, which heads the Singapore Monetary Authority and will use DLT for clearing and payments.

Despite the fact that the country has banned the initial offers of coins (ICO) in the country and introduced some rules on cryptocurrency exchanges, the Bank of Korea is trying to implement a blockchain solution for replicating interbank payments and settlements.

There is a company called Blocko that supports the blockchain initiative. The goal is to provide a decentralized solution based on the same technology as Coinstack. The Coinstack software is used by the Bank of Korea to test a system that can process micropayments more efficiently.

The Bank of England is one of the banks that analyzes the possibility of issuing a digital currency of the Central Bank (CBDC). Back in 2018, the institute issued a document in which they evaluate the proof of concept (PoC) CBDC.

The main goal of the CBDC issue is to improve the payment system and help financialtech firms to process transactions using a fast and easy to use blockchain-based network.

This country is also analyzing the possibility of issuing a local digital currency. The main goal is to create a digital hryvnia and allow individuals to use the asset to move funds in a simple way.

The UAE is also working in Dubai to create a blockchain-based city. Their goal is to make Dubai the first city to fully use the blockchain in 2020.

The National Bank of Kuwait works with the popular cryptocurrency company Ripple. Through this partnership, the bank will be associated with several other organizations around the world, not just in the Middle East and Asia.

Ripple currently offers various products and services for financial firms and banks to be able to easily move funds between borders. Current systems running SWIFT are slow and expensive compared to the new technology created by Ripple. Using the digital asset XRP, it will be possible to further reduce costs. Currently 200 banks are using RippleNet, and more will be added in the future.

China, the second largest economy in the world after the United States, also uses blockchain technology. Even when the country banned virtual currencies and Bitcoin, in 2017, China filed the largest number of patents related to the blockchain.

Japan is also known as a very open country for digital assets and virtual currencies. Although the Financial Services Agency (FSA) in the country has implemented various rules of control over the market and its participants, the country is very open to new technologies and cryptocurrencies.

The Bank of Japan and the European Central Bank are currently working on a joint project called Stella, under which they will explore possible options for using distributed ledger technology for financial market infrastructures. Although they have already conducted some tests, they noted that further analysis of the safety and effectiveness of this technology is needed.

Canada is also trying to enter the blockchain market in a meaningful way. The Bank of Canada (BoC) is trying to better understand how the technology can be applied.

Finally, the Dutch government is exploring various blockchain solutions for various government areas. The government works with Blockchainpilots.nl. More than 25 organizations working with DLT worked in this project. Some of the most interesting applications associated with it are digital identification, improved regulation of subsidies for electric cars, or a system for tracking employee work and leisure hours.

The Swiss state postal service and telecommunications services presented their initiative to create a fully private Swiss blockchain. In addition, Swiss Six Exchange was the first stock exchange in Europe to approve a cryptocurrency ETF called HODL. The Swiss banking system is also studying blockchain technology to improve its services.

We see that the blockchain is used to track specific products, exchange important information between the parties, and also to manage financial applications, among other things.