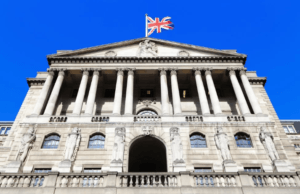 Should banks develop their own cryptocurrencies? According to the Director General of the Bank for International Settlements, Agustin Carstens, the answer is unequivocal: no.

Carstens has never been a fan of cryptocurrencies, likening bitcoin to a “bubble”, a “Ponzi scheme” and an “environmental catastrophe” in the past. During a speech in Dublin, Carstens explained his fear of cryptocurrency, saying that they were undermining the global banking system.

Now he warns banks about the danger of creating their own digital currencies. Virtual coins, he argues, go against everything banks stand for. They reduce financial stability and may prevent banks from pursuing policies aimed at improving customer security.

In his speech, he comments:

There are huge operational implications for central banks in implementing monetary policy and the implications for the stability of the financial system. Central banks do not slow down innovation just for the sake of it, but they should not accelerate, ignoring all conditions of movement.

In other words, banks and financial institutions must work hard to keep up with current trends in the monetary space, but not to such an extent that it somehow harms functionality.

Carstens uses the example of “financial panic” in his speech, saying that issuing a digital currency from the Central Bank, known as CBDC, will force people to transfer all their money to accounts in commercial banks. This has the potential to adversely affect interest rates and lead to an increase in central bank balances, which could damage the market’s liquidity.

The Bank of England was one of the first institutions to issue centralized stebblocoin almost three years ago.

The bank manager looks somewhat lonely in his position. Several banks have either already created national digital currencies, or have announced plans to do this. The Bank of England made headlines almost three years ago when it showed a new virtual currency, similar to bitcoin. Developed by researchers from University College London, the coin, known as RSCoin, was managed using blockchain technology, but was still a centralized unit of currency that came directly from the bank itself.

IBM recently announced a joint venture with Stellar, known as Blockchain World Wire (BWW) . The project attracted the attention of six of the world's largest banks, including Banco Bradesco in Brazil, Bank Busan in South Korea and Rizal Commercial Banking Corporation in the Philippines. BWW will allow these institutions and others who join to develop and release their own steylcocoins in the future.

Solana-based Stablecoin NIRV Crashes by 90% as Hacker Wiped Out $3.5 Million