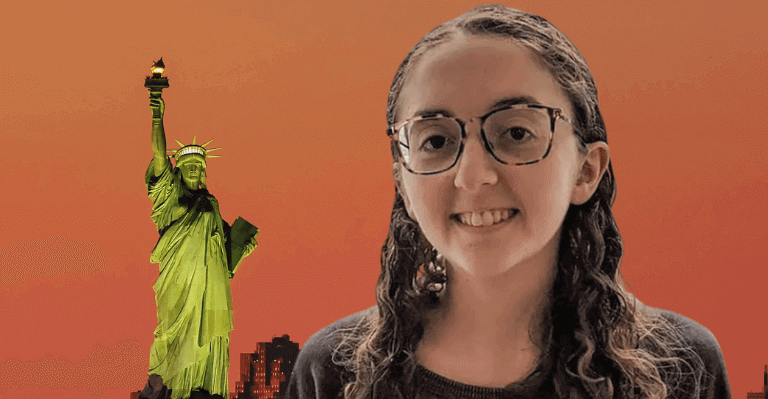 The Autism Capital Twitter account and a citizen journalist shared two photos of a woman who resembled the company Alameda Research CEO Caroline Ellison on December 4, 2022.

According to reports, the images were taken yesterday at 8:15 a.m. (ET) at a coffee and sandwich shop in Manhattan, where the former Alameda Research executive was spotted placing an order. She was thought to be in Hong Kong when the FTX saga began.

PLEASE CONFIRM: A user claims that they spotted Caroline Ellison at Ground Support Coffee on West Broad in SoHo Manhattan at 8:15 AM. This would mean she is not in Hong Kong and is in NY not in custody. pic.twitter.com/QUduYO9GfZ

Autism Capital, which claims to be the most based citizen journalism in crypto, wrote on Twitter:

“PLEASE CONFIRM: A user claims that they spotted Caroline Ellison at Ground Support Coffee on West Road in SoHo Manhattan at 8:15 AM. This would mean she is not in Hong Kong and is in NY, not in custody.”

A few minutes after the tweet went out, a man going by the name of Daniel Mentado, who claimed to work at the cafe, confirmed that it was Ellison and that one of his employees had served her.

Furthermore, Gopher, the Golden Doodle puppy owned by FTX and Alameda executives, appears to be in the photo with Caroline Ellison, lending credence to the possible sighting.

The ex-CEO of Alameda Research has been the topic of many conversations after the former FTX CEO Sam Bankman-Fried (SBF) told the press that he “wasn’t running Alameda” and that he “didn’t know the size of their position.” This has fueled speculation that SBF threw Ellison “under the bus.”

As of the time of publication, the claims that the woman in the picture is actually Caroline Ellison, however, have not yet been checked and verified. Some members of the cryptocurrency community, in particular NFTNick.eth on Twitter, have even tried to seek out the answers personally, but to no avail.

Is Caroline Ellison Snitching on SBF?

Wall Street Silver, another Twitter account, spread speculation that Ellison was in town looking for an “immunity deal” to testify against SBF. One person commented,

Caroline (Alameda CEO) is reportedly in NYC right now. She was in Hong Kong when this began.

The only reason to come back and risk arrest, she already has an immunity deal to testify against SBF.

They give the best deal to the first one who spills the beans. Just my opinion 🔥 pic.twitter.com/kYQOquSssH

As per a Google map shared by another Twitter user, the coffee shop where Ellison was seen is a 12-minute walk from the US Attorney’s Office, leading community members to opine that Ellison may be looking to cut a deal with law enforcement.

“Coming back to the USA right now would be incredibly stupid,” Wall Street Silver asserted. “From Hong Kong, she could easily fight extradition for years or get to another safe country.”