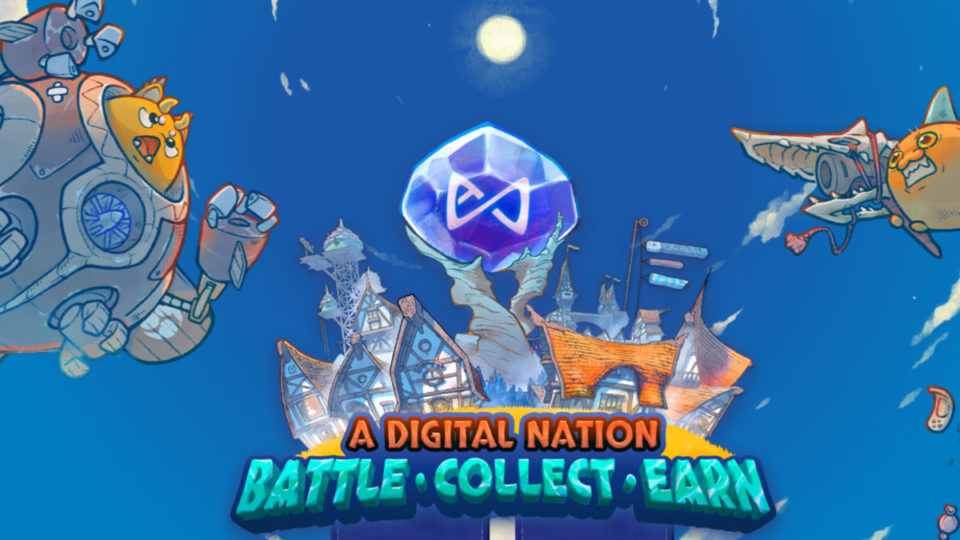 Axie Infinity is a blockchain game with numerous features for gamers to earn tokens and contribute to the ecosystem. Gamers play and compete with each other in this game to collect pets. They can also build kingdoms with lands and somehow live in a virtual world, but with the chance of earning money in crypto tokens.

The game has partnered with big names like Ubisoft, Binance, and Samsung. These partnerships, next to the eye-catching design of environments, characters, lands, and tokenomics, can help Axie Infinity become one of the most successful blockchain-based games in the world.

There are lots of blockchain games in the industry. All of them use the fundamental technologies of blockchain networks in their games. Most of them deploy economic designs to encourage users to contribute to the platform. Gamers can earn tokens and trade them with each other in some games. Some others focus on NFTs from games that are another great encouragement for gamers to play more and create more. Axie Infinity deploys many strategies to attract and retain gamers. It has ranked #1 in many platforms bay daily, weekly, and monthly active users.

What is Axie Infinity?

Axie Infinity is an online game with blockchain technology at its fundamental layers. It has many economic incentives and programs to attract and encourage gamers. The game is designed based on the “play to earn” concept. This concept tells gamers that they can earn money by playing more and contributing to the ecosystem. The design is the added value of Axie comparing to traditional games.

The social concept of this game has resulted in attracting many players around the world. Many of them are looking for new ways to earn more from the crypto world. There are many options to earn crypto in the Axie Infinity game. Competing in battles, finding and breeding Axies, collecting rare items, farming for the love potions, or buying AXS token, which is the governance token of the platform.

What are the Axies?

This blockchain game uses the concepts of the famous Pokemon. There are creatures in the game that gamers buy, breed, battle with, and trade to accomplish new achievements. The creatures in Axie Infinity are called Axies. When starting the game, you should buy at least three Axies by connecting a wallet – like Metamask – to the platform. You can battle with your Axies to earn rewards or breed them to raise their value. There is a marketplace on the platform that lets users trade their Axies and earn more.

Axies have four stats that describe their abilities and also value: Health, Morale, Skill, and Speed. Each of them has six body parts, and they’re categorized into classes. These specifications make Axies interesting to buy, breed, and battle with. Gamers should deploy strategies to find the best combinations in Axies to be able to win the battles and earn.

What can I Do in Axie Infinity?

Axie Infinity offers various strategies and systems for gamers to play and earn. After buying axies, you can start a strategy based on your decision to explore the virtual world, battle, or breed. Each one needs a special strategy and contribution to result in earnings for the player.

You need potions for upgrading your Axies in the game. These potions can be bought or earned by playing in the adventure mode. In the adventure mode, gamers battle Chimera and earn potions or other rare treasures. It creates an encouragement for players to explore the virtual world and upgrade their Axies with earned treasures like Love potions.

Battling in the game mode that initially launched in 2018 in Axie Infinity. The battling system is an “idle battle” mode like what you see in games like “Final Fantasy Tactics” and “Idle Heroes.” But the development team is working on other battling strategies to deploy on the game.

Axie Infinity runs gaming tournaments to encourage more gamers to join the community. The core team and Axie sponsors run these tournaments and reward the gamers with thousands of dollars in crypto. Playing in tournaments needs good skills in strategies that you can learn while playing the game.

As mentioned above, Axies are virtual creatures in the game. They can be bred to create new offspring. In simple terms, they’re designed like pets. Gamers like to have more Axies and increase their value. So, they breed Axies to create new ones. The game has a strategy to prevent hyperinflation of digital creatures in the game. Each Axie can be bred limited times. It becomes sterile after that. According to the official document of the game, Breeding an Axie costs 4 AXS and some Smooth Love Potions, depending on how many times the Axies have been bred.

The economic system of Axie Infinity creates the need for having tokens with use-cases. There are two tokens in this game that help users trade and upgrade their Axies.

SLP is the token that helps users breed their Axies. These tokens can be earned by playing in battle or adventure mode. Gamers occasionally pay in SLP tokens to breed their Axies. If the count of breeding the Axies increases, the price in SLP goes high, too.

Axie Infinity Shards (AXS) is an ERC-20 token that is designed for decentralizing the governance system of Axie Infinity. AXS holders have many opportunities to earn more with their tokens. They can stake AXS and claim rewards or play in the game with AXS tokens. Besides, each time a holder participates in votes with AXS tokens, they get rewards.

How to Earn SLP in Axie infinity

Axie Infinity provides many ways to earn SLP in the game. One of them is completing daily quests. These quests have three tasks that include logging in, completing adventure mode levels, and winning battles. Each quest rewards player with 50 SLP tokens.

As mentioned above, battling monsters in the adventure mode is a great way to earn SLP. It’s a single-player mode in the game that can result in 100 SLP tokens each day for the gamer. Another way of earning SLP is battling other players in the Arena mode. It’s the best way of earning tokens because of the high rewards for the battle winners. In Arena mode, you need Energy points. Each battle needs one Energy point. Energy points have refill times based on how many Axies you own. There are many strategies in Axie Infinity community forums for maximizing the SLP earning per day. Most of them focus on playing more that is the main focus of the whole game.

Axie Infinity is a blockchain game that has tried to implement the most interesting aspects of digital games in a blockchain-based world. It offers various incentives for users to play and earn more. It’s the reason we can expect the game to become a great example of successful blockchain games. Besides, big partnerships with major tech companies like Ubisoft, Samsung, HTC, Binance, and MakerDAO help the game find access to more users and become famous faster.