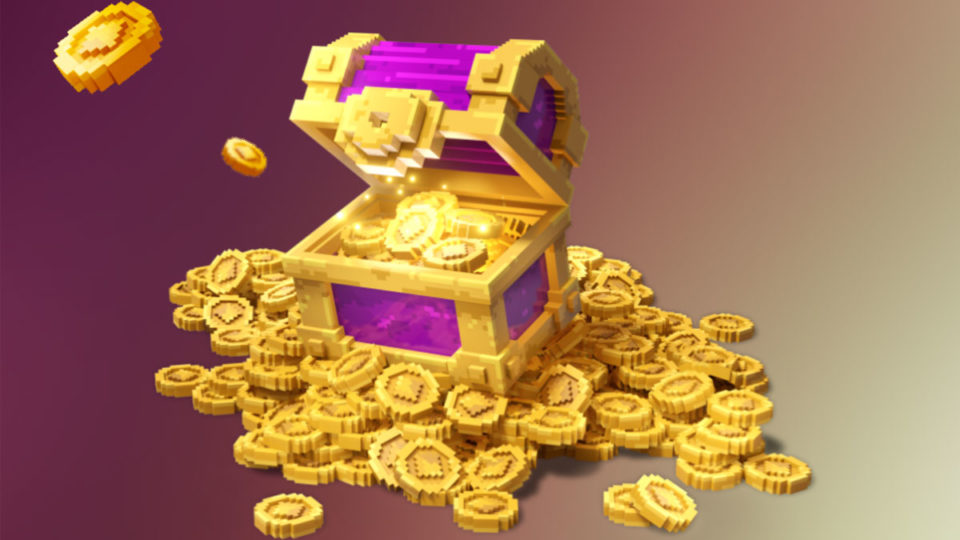 Blockchain games are members of a category in the gaming industry that leverages the features of blockchain networks in their fundamental layers. These games are online multiplayer ones that most of them have financial or collectible incentives for attracting gamers.

These kinds of decentralized games have the chance to attract many mainstream users to the blockchain industry. Some of them are the market leaders that even have helped the NFT industry take shape and become successful.

Gamers that come to the blockchain game category have the opportunity to benefit from the security, decentralization, and fast operations in a transparent ecosystem. In blockchain gaming, many challenges and shortcomings of traditional games are solved. Ownership has a new meaning, and gamers have more control over the games they’re playing. After all, a blockchain-based game is where you can enjoy a gaming experience while feeling more freedom.

What is a Blockchain Game?

When gamers have full control over their items, the gamification concept of the experience becomes more attractive. Not only do they play a game and enjoy its environment, characters, etc., but also they can trade items easily, which is another interesting experience. It creates a player-driven economy.

Can You Make Money With Blockchain Games?

As mentioned above, blockchain games create a player-driven economy that incentivizes users. Letting users earn, own, and trade items attracts them to play more and earn more. In these concepts, gamers know that by playing more and finding new items, they may be able to earn money faster and easier. There are lots of platforms that let players trade their digital items. They benefit from a system like NFT marketplaces that brings the chance of earning a lot by holding and selling in-game items like skins, golds, etc.

You can play a blockchain game and win items by competing with other players. For example, you win a skin for a character because of winning a competition in a battle. Owning this skin is like owning cryptocurrency in the blockchain world. Now you can hold it or find a buyer who wants that skin badly. After all, you trade it like an NFT in a marketplace and earn money, mostly in crypto.

There are many blockchain games out there. Each one has a unique experience with a special environment. They provide different incentives for users to play more and especially trade their digital items more. Below you can see some of the most famous and best blockchain games.

Decentraland is one of the most famous blockchain games with attractive digital items. It started in 2015 on the Ethereum blockchain. Initially, the game only had a pixelated grid that gamers could own parts of that through a PoW algorithm. Today, they can purchase virtual lands and own them while creating applications in the game.

There are two tokens in the Decentraland game that help users interact with the application. LAND is an ERC-721 token in the game that represents parcels. Gamers buy LAND with an ERC-20 token named MANA. Owning LAND means income for them because of their creatins. It creates a dynamic ecosystem where users are encouraged to build more in the game and use their tokens for trading. Decentraland Foundation hosts various contests to attract more creators and gamers. They reward creators for their digital arts. MANA token is distributed between the winners. It results in more encouragement for using tokens and trading them that ultimately helps the ecosystem grow.

This blockchain game is designed for fantasy football game lovers. It has digital cards of football players that gamers can trade and create virtual teams with them. Launched in 2018, Sorare is based on the Ethereum blockchain. Owning digital items is like owning NFTs in Sorare. Some of the digital cards are unique or super rare that have lots of value. Gamers try to earn more points by collecting digital cards.

Each team in Sorare has five football players. The ranking of the team is based on the performance of these players in real-world football. So, gamers try to collect the digital cards of players with better performance and improve their teams.

Sorare signs partnerships with football teams worldwide to license the name of the teams, players, kits, and etc. It also partners with major leagues like K League to be able to use their brandings in the game. Some of the big names of the Football and technology world like Real Madrid, Xavier Niel, André Schürrle, and Gerard Piqué have partnered with or invested in the Sorare platform.

The Axie Infinity game is based on finding, creating, and developing NFTs. The Ethereum-based blockchain game lets users earn more by trading these NFTs. It has digital pets named Axies that can be bought, bred, and traded on the platform. Gamers buy these Axies and battle with each other using them in the hope of finding rare digital pets. SkyMovies has developed Axie Infinity and issued an AXS token. The native token is used for trading Axies and also staked to earn weekly rewards. Besides, AXS holders are governors of the platform and participate in the decisions.

Another blockchain game that leverages the NFT concepts to attract gamers. You can buy, collect, and play with digital items in this game. Exploring and finding new rare items is the fundamental concept of Alien Worlds. You find new alien collectibles on planets and trade them with other gamers. Land on planets, tools, weapons, avatars, minions, and artifacts are the items you can collect in the game. They’re ranked by six levels of rarity: Abundant, Common, Rare, Epic, Legendary, and Mythical.

Alien Worlds is an Ethereum-based blockchain game. Gamers should play more and explore its universe as more as possible to find collectibles. They can also earn more by participating in Planet DAOs.

A trading card game that lets users collect rare digital items and earn by trading them. Players in this game have cards characters with attacking, supporting, disrupting, or defensive powers. They battle with each other with decks of cards. There are both normal and blockchain-based cards in the game. If you buy card decks in Gods Unchained, you have the chance to own some blockchain-based cards. These cards are NFTs and can be traded in the game or other marketplaces.

This blockchain game provides a virtual world where gamers can create their own digital world. They can own lands and build many things on them. The platform is designed somehow to embrace digital art creativity. It lets you create your own world and trade digital items on an NFT-based platform. SAND is the native token in this game that is mainly used for buying items in the game. You should buy LAND in SandBox to be able to build on it and create digital items.

Blockchain games provide numerous benefits and opportunities for both game and crypto lovers. They offer a safe environment for playing while having full control over gained digital items. Besides, the chance to earn money while playing these games is attractive for many gamers. We can expect this industry to expand faster and more in the coming years. If big names of the video game industry come to this market, we can expect a lot more players in blockchain-based games that result in more value for their NFTs.