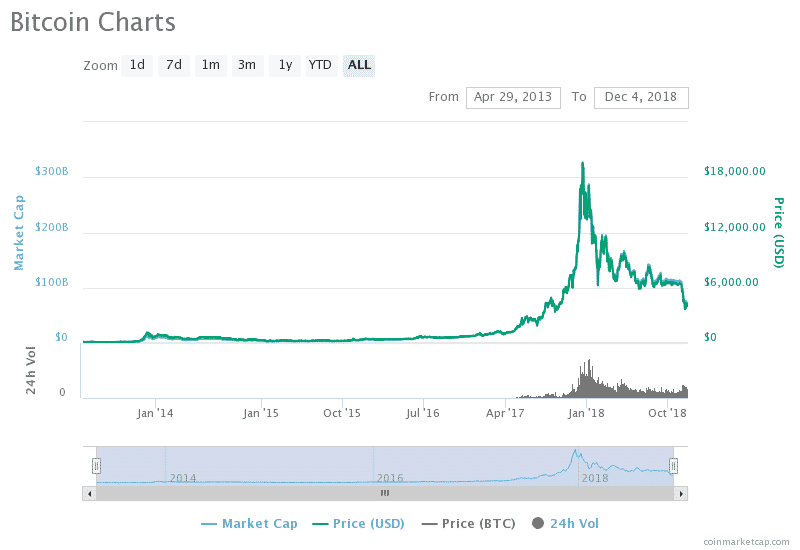 Bitcoin exchange rate in the near future will continue to decline up to $2 400, then, you feel his “bottom,” says Vice-President of the brokerage company BitOoda Brian Donovan.

The specialist noted that currently the Bitcoin exchange rate in exactly the same dynamics 2011, when the rate of BTC has also experienced a sharp decline in value. Many analysts in that period, as now, said that BTC was a “bubble” that burst.

However, if the cryptocurrency not only do not “burst”, but also began to strengthen its position until the explosive rally in the second half of 2017. Brian Donovan said that most likely BTC will drop to $2 400, but the market from this sale will benefit.

“We believe that the negative trend will continue, and from the current lows at $3500 bitcoin will fall to about $2400. But if the institutional players will be EN masse to go to the stock market and begin to reallocate their assets, the BTC growth will resume,” he said.

Donovan sure that the big investors on wall Street will begin to penetrate cryptosphere just via bitcoin, which has more advantages compared to other digital assets.

However, the Vice-President BitOoda did not name even approximate terms of recovery of the cryptocurrency market, noting that it is difficult to predict the further dynamics of the movement of bitcoin.